The Mojave Desert News reports on a range of allegations by the company after the city failed to renew their business  licence ……..

CALIFORNIA CITY — A cannabis delivery business filed a lawsuit against California City and four of its officials on Sept. 10, months after the city council denied an appeal to renew the business’s permit.

According to a court document obtained Sept. 28 via request from the Kern County Superior Court, Grandma’s Stash, Inc., the delivery business, alleged the city improperly denied its appeal and the original permit renewal process, delayed hearings on an essential conditional permit needed to open and accused certain councilmembers of taking bribes from the owner of another local cannabis store.

Beside the city, Councilmembers Don Parris, Ron Smith and William Smith and City Manager Anna Linn are named as co-defendants in the suit, in their official roles, according to the court document. The lawsuit also names Rick Jones, owner of Fast Response Security and Greenstone Delivery/California City Supply as a co-defendant.

The city council, during a June 23 meeting, denied the appeals of Grandma’s Stash and two other businesses in a 3-2 vote. Councilmember Nick Lessenevitch and Mayor Chuck McGuire were the two yes votes.

City staff argued at the meeting that the permit was issued in error because it originally did not qualify for one and that Grandma’s Stash failed to file its permit renewal four months before the deadline.

The lawsuit asks that the court reverse the denial of Grandma Stash’s permit and for damages of at least $500,000 based on money already expended and future loss of business. The lawsuit also tears into the city’s ordinance regulating the cannabis industry.

California City originally issued its initial permits at an April 27, 2019 meeting; however, Grandma’s Stash has countered that its permit was issued on Aug. 23, 2019, confirmed in a letter from the city, signed by Linn, who was then-interim city manager.

The August 2019 letter notified that Grandma’s Stash “met all the requirements necessary per the City of California City’s Cannabis Regulations and Ordinances” and was eligible for a delivery permit. Grandma’s Stash argued that because of the Aug. 23, 2019 date, its renewal date was different from those approved in April 2019.

After receiving the August 2019 letter, Grandma’s Stash applied for a state licence and received it in October of that year, subject to renewal for this October.

The city had also claimed Grandma’s Stash was not in operation for the requisite four months prior to the permit renewal application.

Grandma’s Stash claims it met all local and state requirements for a delivery-only cannabis business.

The lawsuit states that Grandma’s Stash contacted the city at least 20 times between August 2019 and April 2020 via phone, text message and email regarding its opening and permit renewal. The lawsuit also claims the “City’s Planning Department accepted payment for a plan check fee for Plaintiff’s proposed tenant improvements relating to its approved cannabis delivery permit.”

“Had the City reviewed and approved Plaintiff’s submissions in a timely fashion, Plaintiff’s Business could have been in regular and continuous operation in the four (4) months prior to the renewal application,” the lawsuit states.

The lawsuit also claims that the business was “informed that its proposed tenant improvements had been approved but that the License could not be issued due to ongoing discussions within the City.”

In its complaint, Grandma’s Stash alleged that the city also held up an essential permit it needed to open for months before Gov. Gavin Newsom ordered a statewide stay-at-home order on March 19 in the wake of the COVID-19 pandemic. When the permit renewal hearing came up on April 28, city council meetings were closed to the public and broadcast only online.

“Due to concerns related to COVID-19 and the potential threat to City Councilmembers and interested parties, the April 28, 2020 City Council meeting did not allow for interested parties to appear in person to discuss their opposition and/or support of the City Council’s discussion; foregoing Plaintiff’s opportunity to participate and comment,” the court document states.

At the time, the city council could only accept public comments through its eComment feature on the Grannicus web platform; it had no call-in capability established at the time.

The lawsuit also alleges “the City has granted renewals to other cannabis businesses that have not been in regular and continuous operation in the four (4) months prior to the renewal application.”

In its lawsuit, Grandma’s Stash claims it has spent around $65,000 or more “in reliance on the City’s issuance of the License/Notification” and that it has sustained “consequential damages (loss of future profit, Business sale, and sale of License [generally sold on the market for $250,000 – $350,000]).”

“Plaintiff, having had complied with, and performed all obligations under the Code and applicable law, had no reason to believe that its application for License renewal would be denied (evidenced by the initial Issuance),” the court document states.

Bettenhausen, the city attorney, reiterated on Oct. 5 that while the city doesn’t comment on ongoing litigation, “to my knowledge the accusation has no merit” when it comes to allegations of bribery and financial self-motivation.

The FPPC opened a case on July 24 but remains pending as of Sept. 30. Johnson’s complaint revolves around the city officials’ failure to properly disclose economic interests as required by state law.

The lawsuit states that Grandma’s Stash started investigating after its appeal was denied and discovered the FPPC complaint.

“The Investigation uncovered a plethora of suspicious and fraudulent activities by the … Councilmen, and Defendant Richard Jones — a politically well-connected individual in the City. In particular, Plaintiff uncovered a complaint filed with the Fair Political Practices Commission and FBI, dated June 24, 2020,” the court document states.

Additional investigations revealed additional information “that further indicates and supports Plaintiff’s belief and allegation that … the Councilmen and Rick have conspired and schemed to illegally benefit financially for their own self-interests, at the expense of Plaintiff (and other cannabis business operators that have been unjustifiably denied renewal/cannabis licenses).”

From those investigation results, Grandma’s Stash claims that R. Smith, W. Smith and Parris “have conspired and schemed with Rick to create a scheme in which all individuals gain financially at the expense” of Grandma’s Stash.

Beyond allegations of bribery, the lawsuit also alleges that the three councilmembers have various financial motives for denying a permit renewal and uses the FPPC complaint as reference.

— W. Smith benefited after he sold his Ace Hardware store “to a municipally regulated cannabis proprietor, for $3.5M, when that business, on information and belief, was losing money and the official sales price was listed at $1M.” Smith also failed to report it to the FPPC, “intentionally omitting and misrepresenting to the California public—presumably motivated by Councilman’s self-interest and financial gain.”

— Parris “sold a piece of devalued property to a cannabis operator for three (3) times the value of its actual worth.” According to documents included in the lawsuit, the property listed is a vacant commercial lot on Mendiburu Road that was assessed at $7,959 and sold for $20,000 to developer Michael Ellison, the current owner of Ace Hardware.

When zoning changes for eight projects were approved on Oct. 14, 2019, to help facilitate cannabis businesses, Parris recused himself from two projects presented by Ellison’s company.

— R. Smith “owns several parcels of real estate that was also unreported” to the FPPC. THowever, at that meeting, R. Smith had stated businesses who were seeking cannabis dispensary or delivery permits and permit renewals that “it was the council who was doing the awarding and [the council] went off staff recommendations.” He later added that a delay in the wave of April 27, 2019, permits being approved and Grandma’s Stash receiving a letter on Aug. 28, 2019, should have been a clear red flag for the business. Smith was not on the council when the first wave of permits were approved; he was appointed in July 2019 to fill a vacancy.

According to the lawsuit, the combined involvement of Jones and the councilmembers’ financial motives rendered Title 5, Chapter 6 of Cal City’s municipal code “unconstitutional on its face.” The section sets up regulations and requirements for commercial cannabis in Cal City.

The lawsuit alleges that Chapter 6 violated Grandma Stash’s first amendment right to freedom of speech for not be able to participate in the April 28, 2020, permit renewal hearing.

It also claims the section is “unconstitutionally overbroad restriction on expressive activity” and “did not leave open ample alternative channels of communication.” In addition, the lawsuit claims Chapter 6 is “is an irrational and unreasonable statute, imposing unjustifiable restrictions on the exercise of protected constitutional rights.”

The lawsuit alleges that the ongoing relationship between Jones and the three councilmembers resulted in an arbitrary permit selection renewal process regardless of Grandma’s Stash’s “full compliance and satisfaction of the requirements prescribed under the Code.” 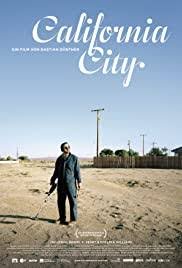