On Tuesday July 23, the Senate Committee on Banking, Housing, and Urban Affairs will discuss the growing need to provide banking services to cannabis businesses. The scheduled hearing, titled “Challenges for Cannabis and Banking: Outside Perspectives” has surprised some in the industry considering that Idaho Senator and Senate Banking committee chairman, Mike Crapo, recently stated he would not consider giving this matter a hearing. The redirection was likely motivated by the realization that forcing a multi-billion industry to conduct business on a strictly cash basis poses significant national safety issues.The hearing intends to explore public safety, among other concerns, by discussing the pending Secure and Fair Enforcement (“SAFE”) Banking Act.

Simply stated, the SAFE Banking Act would protect financial institutions providing services to cannabis related businesses operating legally within the parameters of state law. As a result, the protection afforded to financial institutions from federal punishment would provide cash-heavy cannabis businesses the ability to use financial services and avoid becoming easy targets of robberies.

Credit Union National Association President and CEO Jim Nussle illustrated this point by stating, “[a]t its heart, cannabis banking is a public safety issue. It’s an $8.3 billion industry that’s currently being forced to operate almost entirely in cash…We are dedicated to finding a solution to this ongoing challenge that impacts every community around the country, and look forward to working with Senate leaders during this hearing and with Congress at large.”

Prior to the July 23 hearing, the SAFE Banking Act received widespread support among House members with 206 co-sponsors. However, even though the Act has not been officially voted on or approved in the House, concerns over the bill’s passage primarily rest within the Senate, with only 31 sponsors. The Senate’s conservative composition will likely make passage of the Act more difficult. Nonetheless, the Senate’s willingness to seriously consider the SAFE Banking Act by hosting this hearing is indicative of yet another significant shift on the horizon to further the cannabis industry, and illustrates the rapidly increasing bi-partisan support for the cannabis industry.

The hearing is scheduled to take place on Tuesday July 23 at 10:00 a.m. EDT in the Dirksen Senate Office Building and can be seen via live webcast here. For more information on the hearing’s potential implications for cannabis businesses, or any other cannabis banking concerns, please reach out to a Greenspoon Marder attorney today. 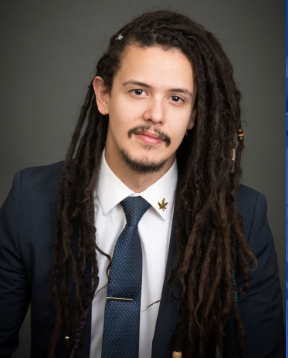