The Israeli Health Ministry is spearheading a move aimed at setting a maximal price for medicinal cannabis for children and adults with autism, who are treated with this drug on a regular basis. The target is 500 shekels ($142) a month.

This comes on the heels of an earlier announcement by the ministry, relating to people requiring 30 to 50 grams cannabis a month. They will pay up to 500 shekels a month as well. The same limit will apply to children and adults with cancer, regardless of the amounts they require.

In a letter sent recently by the ministry’s director-general Moshe Bar Siman-Tov to ALUT (Israeli Society for Children and Adults with Autism), following a meeting he held with the organization’s representatives, he announced that the Health Ministry had submitted a request to the inter-ministerial committee charged with price supervision, asking for cannabis products to be part of the list it monitors.

ALUT has recently been approached by worried parents of children and young people with autism, due to the impending implementation of the reform in the use of medicinal cannabis, which is expected to lead to a dramatic rise in prices. According to the previous arrangement, users of medicinal cannabis in Israel paid a fixed monthly price, regardless of dosage or the type of cannabis required.

This is expected to change as the reform kicks in. The reform redefines the medicinal cannabis market, basing it on free competition between producers. However, it is already apparent that new price levels will harm people requiring more than 30 to 40 grams a month.

The use of medicinal cannabis by children is currently restricted to children with autism or severe epilepsy in which conventional treatment does not improve their condition. In many instances there is an overlap between these two groups. With severely autistic children, cannabis use is well recognized. It is taken as oil extracted from the plant and is often associated with a reduction in violent behavior, a calming effect, an increased appetite and improved communication. 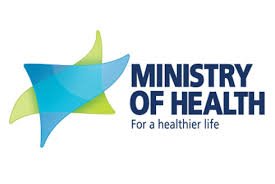