A billionaire from Washington state, Daniel Reiner, his cannabis investor buddy Scott Atkinson, and Steve White the CEO of Harvest Health are accused of fraudulent conveyance in a real estate deal with an affiliate of New York-based commercial retail titan Thor Equities. 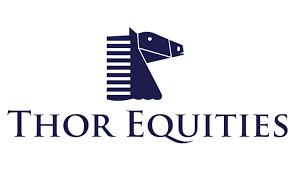 The lawsuit filed in California state court is tied to  the $85 million purchase Harvest made last year of cannabis retail dispensary Have A Heart and its management company Interurban Capital Group.

Interurban Group is now owned by High Times who is not a named defendant in the lawsuit, which states that damages of at least two million dollars for unpaid rent on a high end retail location in San Francisco’s Union Square are owed.

The plaintiff in the landlord lawsuit is 152 Geary St. llc which is a company Thor Equities created for the Union Square property.

In October 2018, Have A Heart signed a lease on the Geary Street property for $2.1 million a year with a monthly rent of about $233,000, according to a copy of the lease reviewed by Cannabis Law Report.

The agreed lease terms  was for ten years and the landlord (Thor Equities) required Interurban Group to sign a guaranty on the rent since, as Have A Heart’s management company, it had valuable and profitable fee contracts with at least seven working dispensaries in Washington state and Northern California.

Have A Heart paid the expensive rent on the property while the planned cannabis dispensary went through the San Francisco approval process.

When Harvest purchased Have A Heart in March 2020 the buildout wasn’t yet completed and as a result the license wasn’t fully approved. 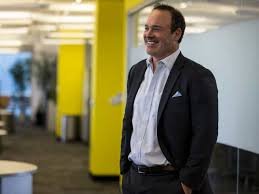 The first full month Harvest owned Have A Heart-Interurban Group it stopped paying the agreed rent and the landlord sent a demand letter .

In an email reviewed by CLR, one of Harvest’s internal lawyers told the Union Square landlord on May 12th that they would not  continue to pay the rent because of Covid19 and construction work issues.

In the same email the Harvest attorney also said that the company was “involved in a pending transaction that will result in funds becoming available for the payment of rent under the lease.”

The pending transaction was the sale of Have A Heart’s management company Interurban group and their California dispensaries that was completed on June 22, 2020.

Then on July 1st, 2020 Harvest attorney Willian Koslow wrote to the landlord saying if they had questions about the rent they’d have to contact Adam Levin the CEO &  Managing Director at High Times.

When Levin was reached by the landlord he said that he declined to  pay the rent because the license had not yet been transferred to him, according to the lawsuit.

It is worth noting that at the same time Levin was bragging in news stories about the dispensaries purchase and that High Times would have a Union Square location.

When High Times announced an $80 million deal April 28 to buy more than a dozen California cannabis dispensaries, the storied stoner brand called out one location in particular: the emerald jewel of the acquisition spree was to be a ritzy shop in San Francisco’s Union Square.

“We will literally be next to a Chanel store,” Hightimes Holding Corp. executive chairman Adam Levin told Bloomberg News.

Only one of the 13 statewide dispensaries in that deal is next to a Chanel — the 152 Geary Street location, formerly the John Varvatos store. That proposed dispensary still needs local and state permits before opening.

As of the filing of the landlord lawsuit in September 2020 at least $2 million in rent has not yet been paid and Thor Equites has the building listed for rent on their company website.

The lawsuit claims Harvest’s excuse to not pay the rent because of the pandemic is utter B.S. and instead the reason is far more nefarious.

Daniel Reiner, who was a substantial investor in Have A Heart/Interurban Group and also Chairman of the board, stands accused of planning with Harvest board members Steve White and Scott Atkinson on gutting the assets of Interurban Group because they knew that after the sale transaction was complete, Harvest would bail on the company’s responsibility to pay the rent on the store.

If cash rich assets were taken out of Interurban Group then it would not matter if a court entered a default judgement on the company because there would not be any assets for the landlord to attach, the lawsuit claims.

The lawsuit claims are 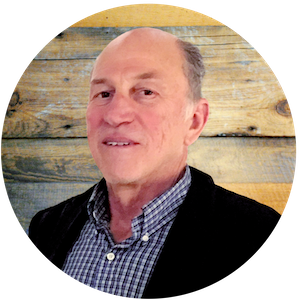 The landlord’s lawsuit has a theory that Harvest didn’t sell the profitable Washington dispensary management contracts to High Times as a way to strip assets out of Interurban Group. Those contracts are currently part of separate litigation filed by Harvest against a group of original investors in the Washington Have A Heart dispensaries.

On February 5th, 2021 there is a hearing on Reiner, Atkinson, and White’s motions to be thrown out of the landlord case because of jurisdiction issues.

None of the men live in California. Reiner singed a sworn statement that claims he never owned more than 25% of Interurban Group and had no idea Harvest was going to sell Interurban to High Times. 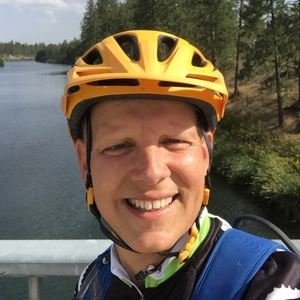 The statement could read like an excuse on why it wouldn’t be possible for Reiner to be in a control position to affect any decisions in deals. But according to former executives at Interurban group and a review of Reiner’s covenants, put in place after his investment group’s initial $18 million investment into Have A Heart, the idea that Reiner wasn’t in control just isn’t plausible.

That is, because at the time of the sale to Harvest he was the Chairman of Board. Additionally, Reiner has covenants dictating he had final approval of any lease or any leasehold the company entered. Reiner also had to approve the company raising any new capital, taking on debt or the sale of the company.

According to the capitalization table of Interurban Group, reviewed by CLR, Reiner moved some of his equity into his family member names but his company also loaned Interurban millions of dollars through a $25 million credit facility that had warrants attached to it that gave him significant control of the company when executed.

Interurban Group shareholders were also informed that Harvest planned to make Atkinson chairman of the board of Harvest before the deal was closed, according to an internal communication reviewed by CLR.

This could mean he would have had knowledge of Harvest’s future plans.  Atkinson had been a board member and investor of Have A Heart-Interurban Group.

Cannabis Law Report previously reported on the multi-million private placement investment that Reiner spearheaded as an investment into Harvest during the same time he was negotiating the sale of Have A Heart-Interurban Group. Reiner says in his affidavit he is an unpaid adviser to the Harvest board but even that statement can be challenged because at the same time that Reiner is chairman and shareholder rep for Interurban he negotiated the deal for his Interurban shareholders.

Harvest agreed to an investment by Reiner and his associates at a discounted price from the value Reiner negotiated for his Interurban shareholders. This discount investment deal could be considered a form of payment for Reiner.

According to multiple staff at  Interurban Group and people familiar with the company who were interviewed by CLR, Atkinson acted as a front man for Reiner because Reiner wanted to avoid being a board member of a company that sold cannabis because it could hurt banking relationships for his investing company and himself. It could be explained that he was trying to hide his mega millions investment in the cannabis space. It is also harder to sue someone for breach of fiduciary duty if you are not an actual board member.

Reiner has retained his own lawyer in the lawsuit while Atkinson and White have the same lawyer that Harvest is paying for.

The contract for the Geary street property had a clause that everyone had to agree to litigate a case in California if there is a dispute with lease. But the landlord is still likely to have an uphill battle keeping Reiner in a lawsuit filed in the California State court because he is not a resident of that state and does not own a company domiciled there and is not listed an official board member of Harvest.

The landlord, could though, choose to refile a claim against Reiner for his alleged role in the scheme in Washington State where Reiner lives and has businesses.

None of the people in this lawsuit have responded to CLR  for comment on the litigation as of press time.

Because of non-disclosure agreements and litigation none of the people who worked with Reiner or are familiar with the transactions that were interviewed for the story are named. 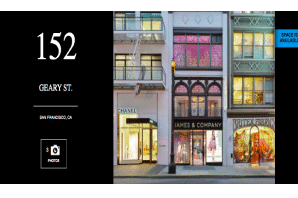