A man from Switzerland has been sentenced to ten months in prison for the importation of a considerable amount of cocaine into the country, but the substances had the concentration of 30 to 56%. He transported them to the country hidden in head pillow and in the sponge layers in a backpack and a winter coat.

The case is one of three cocaine trafficking cases that occurred in just over a week last November, but the sentence has already been passed in all of them. Not to be overstated, the proceedings of this case were swift. The indictment was issued on January 5th, the case was heard in court on January 10th and the verdict was handed down two days later, or yesterday and was posted on the website of the Reykjanes District Court this morning.

The explanation is, among other things, the fact that the man admitted his offense in full and accepted the confiscation of the substances. The case was judged on the basis of the confession, which states that nothing was revealed to prove that he is the owner of the substances but only carried them into the country presumably for a payment.

The man, named Saimon Al Baitati, was given a sentence of ten months, but his time in custody from November will be deducted from the sentence. He must pay legal costs of about 1.4 million ISK. 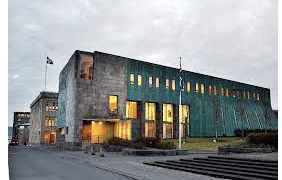