Illinois marijuana growers spent about $600,000 on political giving leading to the pot legalization vote. Here’s where the money went.

Herald & Review report, “In all, money went to 60 lawmakers with the ability to vote on the historic measure legalizing recreational pot, 45 of whom voted yes. Of those 45, all but six were Chicago-area Democrats. And more than $120,000 went to campaign and political funds tied to just one of those legislators, state Sen. Don Harmon of Oak Park, a main sponsor of the 2018 bill expanding medical marijuana in the state.”

The companies also gave more than $100,000 to a political action committee to advance their interests. And a separate nonprofit backing their goals, the Medical Cannabis Alliance of Illinois, is linked to a for-profit firm that gave more than $110,000 in its own name to state lawmakers.

Also counted in the political giving is $123,000 that went to new Chicago Mayor Lori Lightfoot.

The campaign contributions came as momentum was building here to legalize recreational marijuana, a measure signed into law in June by Gov. J.B. Pritzker, whose second cousin, Joby Pritzker, is a board member of the Marijuana Policy Project in Washington.

That organization was credited by sponsors of the Illinois legislation as having helped write the bill. And the group was among those to contribute to the campaign fund of state Rep. Kelly Cassidy of Chicago, a co-sponsor who collected $13,000 in contributions tallied by the Tribune.

The law allows the 17 existing medical marijuana cultivators to be the first to grow recreational pot — a decision backers said was made in part because those companies have already been screened by the state.

Read the full article at  https://herald-review.com/news/state-and-regional/govt-and-politics/illinois-marijuana-growers-spent-about-on-political-giving-leading-to/article_37f0262d-637d-5c2e-97cc-fb39b877ace9.html 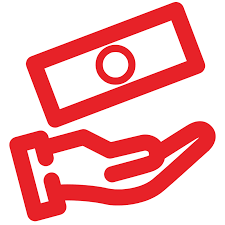