Illinois Medical Cannabis Precipice – we read a very well written article in the Chicago Tribune over the long weekend, and couldn’t help but cringe, at what we believe are very likely critical mistakes that the State of Illinois is about to make as it encounters the “Green Wave” that is going to result from Governor J.B. Pritzker’s decision to move “full speed ahead” into recreational “adult” use cannabis market in Illinois…everyone is going to be very disappointed to discover the long roll out that is going to be required, if Illinois intends to build the proper safeguards and “choke points” for tax collection into its adult use pipeline…it took California a minimum of 15 months for an adult-use pipeline, and the largest adult use market in the United States, the City and Counties of Los Angeles are a disaster to this day.

The State of Illinois would fare much better as it begins by “ramping up” the medical cannabis program it has horribly neglected for the past several years…how about for a start.

Reconstitute the Cannabis Advisory Board that disappeared in plain sight.

“One of the pending lawsuits seeking to expand that list was filed by Chicago-area resident Ann Mednick, who said she suffers from osteoarthritis causing intractable pain, meaning it’s resistant to treatment.

It was her lawsuit that resulted in the court order to add intractable pain as a qualifying condition, with the judge citing clinical studies that found marijuana effective treatment for chronic pain with relatively few side effects.

Mednick said she has no problem getting a prescription for tramadol, a highly addictive narcotic, but hates the side effects. When she asked two of her doctors for medical marijuana, they told her their employers wouldn’t allow them to certify patients because marijuana remains prohibited under federal law.”[2]

“They’ve scared the bejesus out of the doctors,” said Mednick, adding she just wants to make it easier to accomplish daily activities.

One medical marijuana expansion Rauner did embrace was a new state law allowing it as a replacement for patients who could otherwise get an opioid painkiller prescription. [1] But proponents say simply adding new conditions would be more convenient for affected patients, because some don’t qualify for narcotic painkillers, and those that do must have their prescription renewed every 90 days, instead of the yearlong certificate for general medical cannabis use.

Rheumatoid arthritis already qualifies for medical marijuana, but not common osteoarthritis, nor pain in general, which is the most popular qualifying condition in many other states. An online petition asking Rauner to drop his opposition to chronic pain attracted 4,600 signatures.

Mednick’s attorney, Mike Goldberg, said he doesn’t know what the new administration will do, but with the financial backing of the medical marijuana industry, he plans to proceed with the cases if necessary.

Recommended conditions which have NOT been approved and are the subject of litigation and challenges – neuropathy, osteoarthritis and chronic pain from trauma

EVERYONE NEEDS TO UNDERSTAND THAT PASSING AN ADULT USE LAW IS A TERRIBLE SUBSTITUTE FOR MAKING MEDICINE AVAILABLE FOR PEOPLE IN PAIN.

I can attest first hand, as I have diabetic neuropathy in my feet, and over a decade of experience with the legal cannabis industry in California. 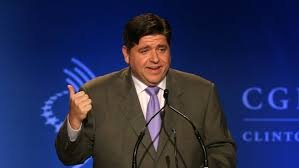