Cannabis paying for books and information, seems like a good idea to us.

A bill filed in Springfield could allow local libraries to get a cut of the taxes on recreational cannabis sales, but it would come at the potential expense of county-level taxes.

State Rep. Dan Didech, a Buffalo Grove Democrat, said the idea for his legislation came from a conversation with a local library official.

“With the new cannabis law going into effect and a significant amount of tax revenue being generated by legal adult-use cannabis, they were interested in getting a piece of that pie,” he said.

Illinois’ combined tax rate for recreational cannabis is one of the highest in the nation, climbing as steep as 41 percent in some areas, depending on the potency of the product and local taxes.

In exchange for the 1 percent tax, the county that the library is in would be limited to taxing cannabis sales in the library district at up to 2 percent. Under existing law, counties can tax local recreational cannabis sales up to 3 percent. Didech’s bill would essentially redirect 1 percent of that to libraries.

County officials have raised concerns about the bill.

“What’s disappointing is that (the law) only happened in August and here we are in January and there’s already a pending bill that’s going to take away that three percent that the legislature recently afforded and divert it to another taxing jurisdiction without a direct correlation to the burden and impact of cannabis,” said Scott Hartman, president of the Illinois Association of County Administrators. Hartman is the deputy county administrator in McHenry County. 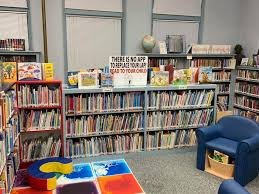