The company says cash receipts for the September 2020 quarter were $695K, and it was the first quarter where cannabinoid products were the sole contributor to its revenues.

Incannex previously reported record sales in the June quarter, but that figure also included cash from the sale of a dental devices business on June 30. Following this sale, Incannex became a “pure play” pharmaceutical development company.

Incannex’s cannabinoid products are primarily sold under its supply and distribution relationship with Cannvalate, which claims to be the largest network of cannabis medicine prescribers in Australia. Incannex Director and Chief Medical Officer Dr Sud Agarwal is also CEO of Cannvalate.

The company also reports having recently received a batch of a compound called IHL-675A, which is comprised of cannabidiol and the controversial medicine hydroxychloroquine. This latest batch is to advance Incannex’s research into using the compound for the alleviation of Sepsis Associated Acute Respiratory Distress Syndrome (‘SAARDS’), which can be a complication associated with COVID-19.

Issues surrounding hydroxychloroquine aside, U.S. researchers recently stated cannabidiol (CBD) may help reduce some of the more extreme health impacts from COVID-19 such as SAARDS.

Following what it says were positive results from Incannex’s pre-clinical animal studies for the assessment of the components of IHL-675A against SAARDS, the company is currently engaged in in-vitro studies to determine optimal inflammation dampening response of IHL-675A.

As well as the SAARDS related research, the firm is also undertaking programs to develop formulated cannabinoid-based products for:

Incannex also states it has received an additional batch of 5,500 medicinal cannabis oils for the management of various conditions. 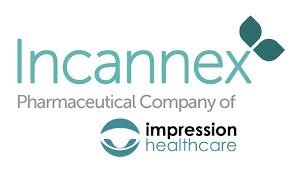