Ireland: Former Premier League star arrested after being ‘found with €4,500 of cocaine’

A former Premier League footballer has reportedly been arrested in Ireland after being discovered with €4,500 in cocaine.

The player in question, who cannot be identified for legal reasons, was reportedly stopped and detained in Dublin after being involved in a police car chase.

According to The Sun, the footballer was arrested for drug possession and dangerous driving but has since been released from Crumlin Garda Station.

The man was detained in Crumlin Garda Station and released this morning, and a file will be sent to the DPP.

The Garda Press Office issued the following statement: “Garda arrested two men (aged in their 30s) in the early hours of Friday morning, 6th January 2023 in relation to incidents of dangerous driving in Dublin 12.

“A quantity of drugs was also recovered from the offending vehicle.

“Both men were detained in Crumlin Garda Station under Section 4 of the Criminal Justice Act, 1984 and have been charged in relation to this. 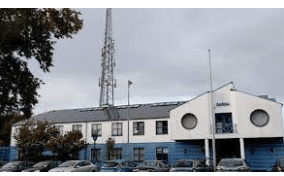