It Starts In Illinois !

If like us you have watched each state launch, the pattern of behaviour is remarkably similar. In Illinois Crain’s reports, “Wife of legal weed law sponsor takes big job with cannabis company. State Rep. Kelly Cassidy says there’s no quid pro quo in her spouse, Candace Gingrich, becoming an executive at the Florida unit of Illinois-based grower and dispensary firm Revolution Enterprises.”

Expect to see a flood of these stories running up to Christmas, followed by failures of leadership within govt cannabis quangos, followed by appalling deals and behaviour in the private sector whilst somewhere in the middle a few people keep their head down and get on with building the state regulated cannabis sector. Yes, we do sound cynical but then again human behaviour is sometimes remarkably obvious.

The wife of one of the architects of Illinois’ new law legalizing recreational marijuana has landed a big job with an Elmhurst-based cannabis company.

Gingrich is a national LGBTQ activist and half-sister of former U.S. House Speaker Newt Gingrich. She’s also the wife of Illinois state Rep. Kelly Cassidy, a Chicago Democrat who was chief House sponsor of the cannabis bill that passed earlier this year.

In a statement, Revolution said Gingrich will “help lead the company’s expansion to Florida” but also serve as the firm’s “ambassador” to the LGBTQ community. “Candace’s skill sets in creating partnerships, marketing and advocacy, and our shared passion for social equity, made Candace a natural choice,” said CEO Mark de Souza. 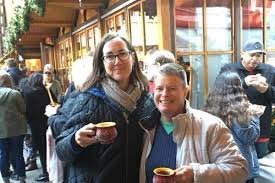