Sounds like the South Africa story all over again…

The Jamaica Observer reports this week.

THE Cannabis Licensing Authority (CLA) and the State have been accused of having no real interest in ensuring that small farmers get their fair share of the legal marijuana pie, as pilot cultivation programmes have been allowed to fall by the wayside and emphasis placed on heavy regulation.

This sentiment was expressed by Government and Opposition politicians at yesterday’s meeting of the Public Administration and Appropriations Committee (PAAC), which had in attendance senior representatives of the CLA and its parent ministry.

The pilot project for cultivation launched in Accompong, St Elizabeth crashed out with the onset of the novel coronavirus pandemic, while that planned for Orange Hill, Westmoreland did not get off the ground due to problems with land access.

Government Member of Parliament for St James Central Heroy Clarke, who has been strident in the call for small farmers to get fair access to the cannabis market, dismissed the point made by chief technical director in the Ministry of Industry, Investment and Commerce (MIIC) Michelle Parkins that the pilots were community programmes.

He stressed that once an initiative is spearheaded by Government it becomes a national cause.“Was the agency — the CLA — formed to get us up to international standards, or was it formed to keep us down? Because all that has been done is not to move the industry forward.

All that we are getting is how to beat the small man down into the ground. Jamaicans have paid their price in the past and therefore they must get their fair share of it,” Clarke insisted.Opposition St Catherine Southern MP Fitz Jackson said the situation was distressing as the pilot was an attempt to integrate the small farmers into formal cannabis cultivation but was doomed before even getting off the ground.“That’s the reason why there is distrust out there by the small farmers as to whether there was or is any sincerity in that programme.

It would appear that there was no genuine effort to incorporate those farmers who were listening out and looking out for that pilot to be completed so that they can get into the formal growing,” he argued.MP for St Ann South Eastern Lisa Hanna (Opposition) shared similar concerns. She said the CLA was not organising itself to create a sustainable cannabis industry to meet global standards.

“Right now Jamaica’s ganja is going to become a commodity without being able to attract real prices, at the rate we are going, on the global market,” she remarked.Parkins said continuation of the programme has been delayed with resources diverted to deal with the COVID-19 crisis, and interaction with farmers affected due to restrictions.

She said recommendations have been made to Cabinet to restart and extend the programme to other communities.Small ganja growers have been complaining bitterly since the start of the decriminalisation of specific quantifies of the weed, and the medical marijuana regime, that they have been marginalised, and as foundation cultivators of the weed, have not been benefitting from the market.

They say the requirements to qualify for licences and the cost of permits is prohibitive, edging small farmers out of reaping the benefits of the industry.PAAC Chairman Mikael Phillips argued that the industry was being heavily regulated, instead of advanced, and that in the national interest, the Government should have seen to the success of the pilot projects regardless of the obstacles.

The ministry, meanwhile, advised that it was developing the framework for a “mother farm” pilot for the cultivators transitional special permit licence, which should qualify small farmers for tier one permits, and align them with large buyers.Furthermore, its just formed cannabis industry development task force which includes major stakeholders is to give attention to the development of the industry. It is also to be tasked with preparing for the passage of legislation in the US, which will put financial institutions in a position to bank the industry — a major obstacles to moving the industry forward. 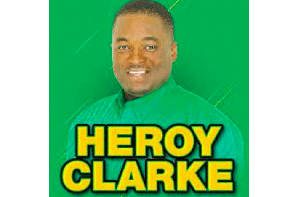