The Jamaica Gleaner reports……..Fifty-six-year-old Robert Chin, the man charged in connection with the $90 million cocaine bust at the Norman Manley International Airport in Kingston was granted bail in the sum of $700,000 on humanitarian grounds.

Parish Judge Maxine Dennis-McPherson, from the Kingston and St Andrew Parish Court, granted bail after an application was made by Chin’s attorney, Peter Champagnie; which resulted in a heated debate between the defence counsel and the prosecution.

Champagnie argued that his client should be granted bail because he needs dialysis treatment every other day. Champagnie added that the police officers at the Halfway Tree police station, where Chin is being housed, did not take him to get treatment.

Champagnie also told the court that the wound with a tube leading to his heart and throat is not being cared for adequately. He noted that this puts Chin’s life in danger, stating that his life is “in great peril.”

However, the prosecution opposed bail, stating that Chin is a flight risk.

The judge, however, granted bail with strict bail conditions.

“I have to consider whether Mr Chin will get the care he needs,” Dennis-McPherson said before making her judgment known.

Chin, who is the half-brother of People’s National Party (PNP) vice president, Mickeal Phillips, was ultimately granted bail with one to three sureties.

Chin was also ordered to report to the nearest police station every day, he is to surrender all travel documents and not contact any crown witnesses. A nightly curfew was also placed on his bail conditions.

Reports are that on Monday, about 7:00 am, Chin, who is of a Mona address in Kingston, was attempting to board a departing flight to the United States of America but managed to evade arrest after anomalies were detected on a suitcase assigned to him. 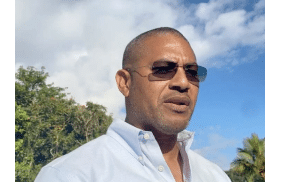