According to a report this past week by Law 360

Caliva, which operates two dispensaries in California and says it sells its brands of prerolled joints, gummies and other products in more than 200 stores nationwide, received between $2 million and $5 million from the program, according to data released Monday.

The loan went to CMG Partners Inc., which operates out of an office building in San Jose, California, according to the data. Caliva lists CMG Partners Inc. and the same address on its website, under its legal disclosures, and a California Secretary of State search shows CMG Partners’ CEO is Dennis O’Malley, the chief executive of Caliva.

The business boasts Jay-Z as its chief brand strategist and took an investment from Montana last year.

Read their full report at.  https://www.law360.com/retail/articles/1291114/jay-z-backed-pot-business-got-millions-in-ppp-money 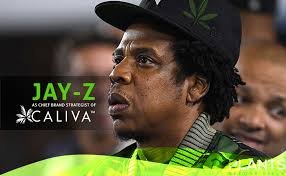