Continuing his efforts against illegal cannabis businesses and the property owners that rent to them, City Attorney Mike Feuer announced today that his office has filed a civil complaint against a Chatsworth pot shop, the site where an 18 year-old customer was shot and killed, for allegedly operating illegally. Feuer named the property owners, the corporation behind the business, and its CEO in the complaint.

“At every turn, this case underscores the detrimental and even deadly effects allegedly illegal cannabis businesses can pose,” said Feuer. “Our crackdown continues even in the middle of the COVID crisis. This case should serve as a warning to those operating illegally: you may be next. And it should be a warning for customers of unlicensed cannabis businesses as well—stay away. The risks, from a product that isn’t tested for safety, to a business operation that may be dangerous, are just too great.” 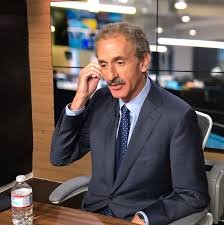