Curaleaf may well be entering stormy waters in 2022…

Curaleaf Holdings, a vertically integrated multistate cannabis [and CBD] operator, is likely to face a wrongful death lawsuit, the latest in a string of lawsuits related to mislabeled products.

Curaleaf is currently facing 10 lawsuits from consumers who allegedly ingested an incorrectly labeled CBD tincture that contained “undisclosed levels of THC,” according to a product recall notice issued by the Oregon Liquor and Cannabis Commission (OLCC).

The recall was issued Sept. 21 for a single batch of the mislabeled CBD product, which was produced by Cura CS LLC and sold under Curaleaf’s Select brand. Curaleaf acquired Cura and its Select brand in 2019 in a $948.8-million all-stock deal.

The OLCC expanded the recall Sept. 24 to include another Select tincture that said it contained 1,000 mg of THC on the label, but after a round of preliminary tests, the OLCC found that the product did not contain any detectable THC. According to OLCC, Curaleaf sold an estimated 630 units of the mislabeled tincture.

Curaleaf acknowledged the mislabeling of the two tinctures was caused by “human error.”

“So, the most basic thing that happened is that there was an employee who mixed two sets of ingredients and put the THC-containing ingredients into the CBD product. It was error, and it was [a] clear error just because the products were labeled and the employee got confused. Instead of escalating or seeking to resolve the confusion, [he] just went ahead and filled the product,” Clateman said. “We’ve done a root cause analysis, and that’s where we got to. The employee’s been reassigned out of production work.”

The mislabeled products have now led to multiple individuals filing lawsuits against the company, most of whom are being represented by Michael Fuller, a partner at the Underdog Law Office in Portland, Ore.

“Most of them reached out to me through referral by reporters,” Fuller said. “An Idaho man was the first to contact the [law firm] about his experience after he was hospitalized.”

Fuller said the reporter who referred the plaintiff to the law firm recognized the firm from a previous class-action lawsuit Fuller filed against Cura for mislabeling cannabis products last year. The mislabeled products failed to state they contained non-cannabis-derived botanical terpenes, a mistake that Cura said was unintentional and due to “poor communication between its manufacturing and labeling and packaging personnel,” as reported by Portland Business Journal. (Cura also faced a $110,000 fine from OLCC for that mislabeling mishap, PBJ reported.)  “We negotiated a half-a-million-dollar settlement of that claim,” Fuller said.

“This shouldn’t happen just because this is a relatively new industry. There’s just simply no excuse for it, and they’re setting the [legalization] movement back,” Fuller said. “It’s not accidents. It’s cutting corners.”

In the recent lawsuits, Fuller said all his clients–who range from males and females in their 30s to individuals in their late 70s–claimed they were experiencing “stroke-like” symptoms after allegedly consuming the mislabeled CBD product. Fuller said some of the alleged symptoms include slurred speech, loss of time, inability to stand, hallucination, psychosis, panic, pounding, heart rate, and thoughts that they were going to die.

He said about half a dozen of his clients went to the emergency room following consumption–one of whom was allegedly life-flighted on two separate occasions after consumption, and another who allegedly had “unnecessary surgery” due to a misdiagnosed stroke.

He added that many of his clients claimed they consumed the product multiple times without realizing it contained THC.

The wrongful death lawsuit alleges the plaintiff who was life-flighted twice reportedly died from COVID-19 a few weeks after his second trip to the hospital following consumption; however, his family believes the “THC dosing was a substantial factor in his inability to survive COVID,” Fuller said.

His case is currently pending probate, Fuller said, and a wrongful death suit will be filed once the court approves the paperwork.

“We’re just waiting on the judge’s signature,” Fuller said. “It’s a very small county in Oregon called Lake County. And so, we don’t have a lot of control over how quick things get processed there, but we’ve already drafted the lawsuit, and we just need the judgment from the Lake County judge appointing the personal representative because it’s an estate claim and then the complaint will be filed.”

Fuller said all the claims are pretty “straightforward” product liability cases, as he believes Curaleaf is not denying that it “violated the law by putting THC in bottles that were advertised to only have CBD in them.”

While we cannot comment on any pending litigation, we can offer this response:

A team member confused two containers during the filling and packaging process, one containing CBD and one containing THC. This resulted in a single batch of [CBD] tincture being labeled as THC [drops] and vice versa. The amount of THC was within the regulatory limit for a normal batch for our THC drops, but we understand that some customers may have consumed multiple doses.

We have worked with the OLCC to recall the two batches in question, and the limited number of remaining units have been removed from sale.

In response to this event, as initial steps, [we] have adjusted production practices and implemented new controls to improve quality assurance processes to further minimize the possibility of human error, enhancing camera visibility in product control areas and conducting additional training sessions with our production team. We will also be adding a secondary review of transfer of product between departments, batch records, and other documents.

We have also added a new Quality Technician position to [our Oregon facility], and have removed the individual responsible for the error during the filling and packaging process. We will continue to work closely with our local operations team to ensure safety and compliance best practices are followed in every step of production. 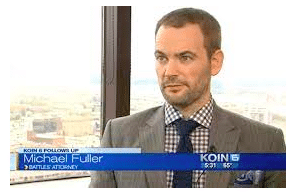