PORTLAND — A Lewiston man sentenced to six years in prison for his role in an illegal marijuana growing and selling operation in 2018 is seeking to have his conviction vacated on constitutional grounds.

A federal judge last year sentenced Richard “Stitch” Daniels, 57, after he pleaded guilty to the felony charge of conspiracy to manufacture, distribute and possess with intent to distribute 100 or more marijuana plants and 100 or more kilograms of marijuana.

On Oct. 25, 2021, Daniels filed a motion in U.S. District Court to have his conviction vacated, set aside or corrected and free him from governmental custody.

He is serving his sentence at a federal halfway house in Portland.

In his motion, Daniels argued that the U.S. Congress “proscribing marijuana as a controlled dangerous substance was unreasonable, without compelling reasons (and) without due process of law,” violating the Fourth and Fifth amendments to the U.S. Constitution.

He wrote that he was “convicted, deprived of his liberty, without compelling government reasons for a political crime.”

Daniels wrote that marijuana does not meet the criteria to be classified as a controlled substance.

“It is safe to use without medical supervision,” he wrote.

Daniels is representing himself.

Prosecutors responded that Daniels’ attorney was not ineffective in assisting him with his case because he failed to challenge the constitutionality of federal marijuana laws under the Controlled Substances Act.

In his April order, U.S. District Court Magistrate Judge John Nivison wrote in his order that Daniels: “claims that the criminalization of marijuana is unconstitutional and that his attorney provided ineffective assistance for failing to present that argument.” 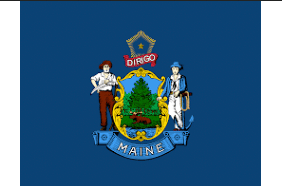