Free Malaysia Today reports…….PUTRAJAYA: The Court of Appeal today said there was no evidence from the authorities to prove that marijuana has medicinal properties to treat patients with cancer.

“There is no supportive evidence from any medical bodies or the health ministry to confirm his contention that the drug possesses medicinal properties and is, therefore, beneficial to the public,” said Court of Appeal judge Zabariah Mohd Yusof.

In the written judgement against a “medical marijuana distributor”, Muhammad Lukman bin Mohamad, who was sentenced to death, the court said manufacturing marijuana and its related substances are subject to the Dangerous Drugs Act (DDA).

Lawyers for Lukman, who was sentenced by the Court of Appeal for trafficking in marijuana-related substances (delta-9-tetrahydrocannabinol), had argued that the drug was meant for medical purposes and thus the trafficking charges against Lukman should not come within the ambit of DDA.

They also told the court that a defence witness, a patient who suffered from beta thalassemia intermedia and minor bipolar, had testified on the effectiveness of the substance.

“There is neither exemption nor licence granted to the appellant (Lukman) to possess, manufacture, handle, process or offer for sale the drugs under the DDA or any other law.

“Thus, we do not find any flaw in the findings of the learned High Court judge in convicting the appellant.

“There is no supportive evidence from any medical bodies or the health ministry to confirm his contention that the drug possesses medicinal properties and is, therefore, beneficial to the public,” said Court of Appeal judge Zabariah Mohd Yusof.

Other judges in the panel were Yaacob Md Sam and Ravinthran Paramaguru.

The panel had on Nov 27, 2019 heard Lukman’s appeal on three drug trafficking charges and dismissed one of the charges.

The court sentenced him to death for trafficking. He was also sentenced to seven years in jail, from the day he was arrested (Nov 7, 2015), and 10 strokes of rotan for possessing marijuana.

Previously, former prime minister Dr Mahathir Mohamad had said that there was a need to review Lukman’s drug charges. A petition was also launched, calling for his release.

In response, Zabariah said any review or withdrawal of the charges against Lukman had to come from the public prosecutor.

“Once the charges are registered with the courts, except for when it is withdrawn by the public prosecutor, it is our duty to consider the evidence adduced before the courts and decide according to the law.”

Lukman was represented by Hisyam Teh and Farhan Mauruf, while the prosecution was conducted by deputy public prosecutor Nazran Mohd Sham.

Farhan said the defence had filed an appeal against the decision to the Federal Court but no dates had been fixed yet. 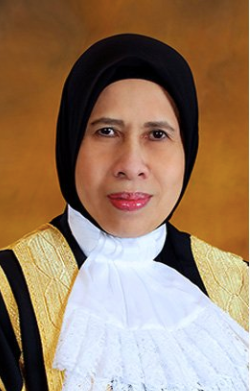