Compared to the farming of most other crops, commercial cannabis cultivation’s impact on the environment is minimal – except when it comes to power use. A large proportion of cannabis cultivation takes place on indoor grow sites, using man-made lighting arrays as a substitute for daylight. These setups and their accessories, including the fans and HVAC systems that prevent the plants from overheating in proximity to the lights, can demand large amounts of power. Unsurprisingly, areas which have legalized cannabis cultivation have seen corresponding increases in energy use: In Colorado, cannabis grow facilities used 200 million kilowatt hours of electricity in 2014, with cannabis cultivation accounting for almost half of Denver’s yearly increase in energy use. For cities and states planning to legalize cannabis while still limiting their use of electricity, regulating the power used by cannabis cultivation is a must.

Massachusetts marijuana operators and future business operators have been surprised by the state’s final regulations, which are among the most stringent in the country. The Massachusetts Cannabis Control Commission’s final ordinance on the Adult Use of Marijuana established limits on cultivators’ use of electricity — to 36 watts per square foot in some cases. In particular, the ordinance limits the lighting power density – wattage per square foot – that marijuana cultivation operations’ artificial lighting systems are allowed to use.

The relevant section of the regulation reads as follows:

The question many would-be cannabis cultivators have is clear: Will the limit for my planned operation be 36 or 50 watts per square foot? While most cultivators are limited to 36 W/ft², Tier 1 and Tier 2 cultivators – operations with 10,000 square feet or less of active canopy – seem to be allowed 50 W/ft².

Massachusetts cannabis operators looking to finalize their applications and begin constructing their cultivation sites, however, are understandably concerned about the caveat that the greater LPD limit only applies “unless otherwise determined in guidelines issued by the Commission;” nobody wants to invest in an expensive lighting system, only to find out that a subsequent guideline means it’s no longer compliant with the law. Further, it’s not entirely clear which tiers of cultivation this applies to. Microbusiness licensees are allowed to pursue Tier 1 cultivation, but does that entitle them to the same LPD limit as Tier 1 Cultivation licensees?

As of May 8th, the guidelines and documents available on the Cannabis Control Commission’s website don’t offer any additional guidance on the interpretation of this regulation. Additionally, the CCC is currently unable to definitively state which LPD limits will apply to which cultivation operations – and, while new guidance documents are in the works, their release is not scheduled for any specific date. You can read about the study that led to the passage of this regulation here.

For more information on Massachusetts’ cannabis laws check out our blog for updates or to speak to a cannabis attorney, contact us at info@margolinlawrence.com. 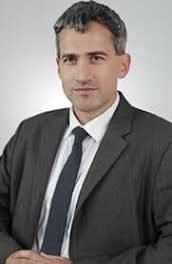 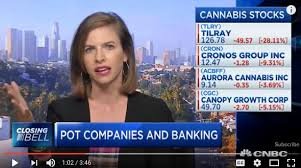