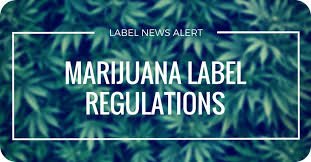 POSTED BY DONNA THOMPSON ON NOVEMBER 6, 2018

Medical marijuana has been legalized in more than half of the states in the U.S. It is used for easing the symptoms of pain, nausea and vomiting, glaucoma, post-traumatic stress disorder (PTSD), and epilepsy. Although the number of people that advocate legalization of marijuana for medical purposes is on the rise, not all states in the U.S. have said “yes” to the legalization.

That’s why there is no federal law, and there are variations in medical marijuana laws in different states.

While some states allow the use of medical marijuana extract only, in other states it is allowed to use the whole plant.

When it comes to ways of obtaining medical marijuana, in some states dispensaries are the only place where you can buy it, but in others, like Michigan, you are also allowed to cultivate the plant in your own home.

The absence of federal laws affects both consumers and producers of medical marijuana.

L.A. Cannabis Update: Who Can Apply for a License Right Now?