Medicinal cannabis producer Freyherr International Group plans to list on theNEXexchange in London, it said on Friday, as companies look to exploit increasing legalisation of the plant.

A growing number of countries in Europe have legalised or are planning to legalise cannabis for medicinal use, including Britain and Germany.

Freyherr International is the UK parent of a mainly Slovenian-based company which grows cannabis and manufactures cannabis-derived concentrates and extracts.

One of the first cannabis producers to list in London, Freyherr will apply for admission to trading on theNEXGrowth Market, with the first day of trading expected to be July 30, it said in a statement.

The Freyherr offering consists of 2.53 million ordinary shares available for subscription, representing around 10% of the company’s share capital.

Freyherr said it would use the proceeds for facility upgrades and new equipment. It operates mainly in the European Union.

By 2028, the European cannabis market could be worth up

to 123 billion euros, according to market intelligence firm Prohibition Partners. 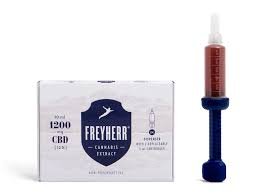