Steven Tachie and Jeramiahs Geronimo face charges of money laundering and delivery of controlled substances near a school.

Leland Berger, attorney for Tachie, told the court that his client did not know anything about “any illegal mushroom sales.” 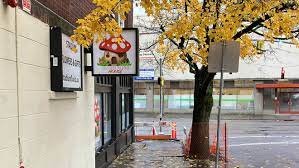 Tachie, the store’s alleged owner, and Geronimo, the purported manager, were arrested during a raid of the Shroom House store early Thursday morning. Two other people were given citations.

Even if these allegations are true…it’s not a crime that harmed anyone in the community,” Berger also said. “There haven’t been any stories about people who bought psilocybin from the store getting sick or doing anything crazy.”

Prosecutors argued that the store displayed an “abject disregard for the law.”

In 2020, Oregon became the first state in the country to legalize the use of psilocybin for people 21 and older in a controlled, therapeutic environment under the supervision of trained facilitators.

But the ballot measure, approved by 56% of voters, did not allow for retail sale — and legalization won’t take effect until next month.

Investigators say they seized more than $13,000 in cash and more than 22 pounds of suspected psilocybin products. 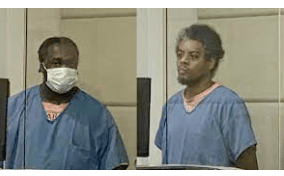