A judge on Friday upheld a decision by Michigan’s Cannabis Regulatory Agency to suspend the license of a Flint dispensary after the agency tested its products and found they contained unacceptable levels of banned pesticides, heavy metals, mold and bacteria.

After a two-day hearing over the agency’s decision, a judge with the Michigan Office of Administrative Hearings and Rules found the CRA “has demonstrated, by a preponderance of the evidence presented to date, that the safety or health of patrons or employees is jeopardized by (their) continued operation.”

The CRA announced two weeks ago it was alerting customers that pre-rolled joints, most of which were labeled “MoonRock blunt,” that were sold or given away as promotional items to consumers from Feb. 10 to Sept. 30 at Green Culture in Flint could contain banned pesticides, heavy metals, aspergillus (a type of mold) and bacteria in amounts exceeding state limits. 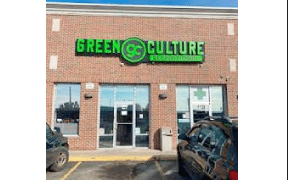