Six justices ruled that the medical marijuana initiative is void because the state’s initiative process is outdated. Three justices dissented.

Mississippi will remain in the minority of states without a medical marijuana program after the state Supreme Court on Friday overturned an initiative that voters approved last fall — a decision that also limits other citizen-led efforts to put issues on the statewide ballot.

At the heart of the ruling is the fact that initiatives need signatures from five congressional districts to get on the ballot, but because of Mississippi’s stagnant population, the state only has four districts.

Six justices ruled that the medical marijuana initiative is void because the state’s initiative process is outdated. Three justices dissented.

The initiative process was added to the Mississippi Constitution in the 1990s as Section 273. It requires petitioners trying to get any initiative on the ballot to gather one-fifth of signatures from each congressional district. Mississippi had five congressional districts at the time that was written. But the state dropped to four districts after the 2000 Census, and language dealing with the initiative process was never updated.

Read the story at https://apnews.com/article/ms-state-wire-mississippi-marijuana-health-4f81d577aeb2ed8a04849f62c86c707e 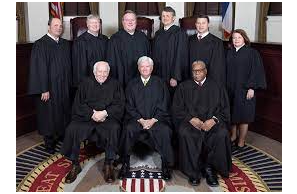