Marijuana companies will be able to deduct business expenses on their state taxes for the first time this year, a Missouri Department of Revenue spokeswoman confirmed to The Independent.

Missourians voted to legalize medical marijuana in 2018. But under federal law, growing, transporting or selling marijuana remains a crime.

Because of this dynamic, marijuana companies have differed from every other legal business in the state because they weren’t allowed to deduct ordinary and necessary business expenses, such as marketing or furniture costs, on both their state and federal tax returns.

Sen. Denny Hoskins, R-Warrensburg, pre-filed a bill in December to get that changed, at least on the state level.  And Republicans have been trying to make the change for the last three years.

However, Hoskins told The Independent Friday that passage of Amendment 3, the constitutional amendment legalizing marijuana that voters approved in November, will make the deductions possible.

“After further discussions with (the Department of Revenue), they believe the passage of Amendment 3 clarified the issue and normal business deductions will be allowed for marijuana related businesses, so no further legislation is necessary,” Hoskins said via text message. 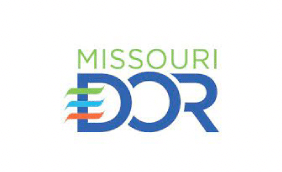