As Senate majority leader, Mitch McConnell prevented House-passed cannabis legislation from coming up for a vote. Though he’s now in the minority, McConnell again is standing in the way of the lame-duck Congress passing any marijuana-related bills before the end of the year, according to U.S. Sen. Cory Booker.

McConnell’s opposition to legislation that would let banks provide financial services to legal cannabis businesses and help those hardest hit by the war on drugs is giving Senate Republicans who support the measure cold feet, said Booker, who is helping to lead the effort to enact legislation before Republicans take control of the House in January and most likely prevent any bill from passing in the next two years. 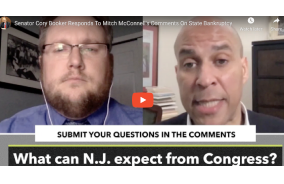