According to Law 360 – which first reported the suit being dropped – and Canna Law Blog, Edible Arrangements filed a motion two weeks ago to voluntarily dismiss the case against the Chicago-headquartered MSO’s Incredibles brand without prejudice because of the “fast-shifting economic and legal landscape of cannabis.”

Without prejudice means the issue could be pursued again in the future.

Edible Arrangements argued in its October 2020 claim that Green Thumb’s Incredibles brand of marijuana edibles infringed upon the company’s registered trademarks, which include “Edible” and “Incredible Edible.”

At the time, Edible Arrangements was planning to launch federally legal hemp-derived edibles products under the Incredibles name. 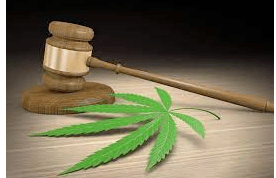