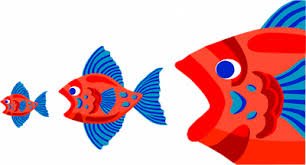 As you might imagine, with the prospects of legalization looking good (Canadian progressives outnumber skeptical conservative party members in parliament), the bigger players are looking to expand their growing capacity.

Some of the larger players have mostly chosen to expand organically. Aphria (NASDAQOTH:APHQF), for instance, is building out a four-phase project that’s costing in excess of $100 million. When complete by January 2019, Aphria will have about 1 million square feet of growing capacity and be capable of producing 100,000 kilograms of dried cannabis a year. As an added bonus, Aphria is also among a small handful of approved growers that can export dried cannabis to foreign markets where medical cannabis is legal. Therefore, it has three possible channels of revenue (domestic medical, domestic recreational, and export).

Others have looked to acquisitions to speed things along. Aurora Cannabis (NASDAQOTH:ACBFF) is working on a mammoth project of its own: Aurora Sky. Once complete in mid-2018, this high-tech, 800,000-square-foot facility will be producing an estimated 100,000 kilograms of dried cannabis annually. But that didn’t stop Aurora in November from making a $425 million unsolicited bid to acquire CanniMed Therapeutics (NASDAQOTH:CMMDF).

CanniMed Therapeutics digs in its heels

In many ways, an acquisition of CanniMed appears to make sense. CanniMed’s stock has underperformed its peers in 2017, and the premium of 57% in the all-stock deal offered by Aurora Cannabis would make up for a good chunk of that underperformance. There would also be clear synergies from a combination, including a much larger medical patient pool of around 40,000 people, and the ability to boost production to somewhere in the neighborhood of 130,000 kilograms of dried cannabis a year.

However, CanniMed wants nothing to do with Aurora Cannabis or its unsolicited bid. In fact, it’s trying everything imaginable, short of throwing a kitchen sink at Aurora’s board of directors, to remain an independent company.

In late November, CanniMed’s board adopted a poison pill tactic that’ll block Aurora from buying any CanniMed shares, other than those previously pledged to the hostile bid. The poison pill agreement also prevents Aurora from signing any new lock-up agreements to support its offer. It should be noted that shareholders controlling 38% of CanniMed have come out in favor of Aurora’s bid. However, with these restrictions in place, it makes it veritably impossible for Aurora to acquire CanniMed at this point.

But that’s not all. This past week, CanniMed CEO Brent Zettl asked regulators in Saskatchewan and Ontario to dig more deeply into Aurora’s bid. In particular, Zettl raised two concerns. 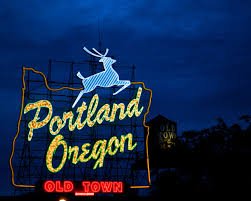