FARMINGTON, N.M. — A Navajo Nation judge is halting operations at nine hemp farms in northwestern New Mexico as part of a legal fight between a businessman and the tribe’s Department of Justice.

Activities at nine hemp farms in Shiprock and surrounding areas will be on hold after a tribal court judge issued a preliminary injunction against Dineh Benally and two of his businesses. 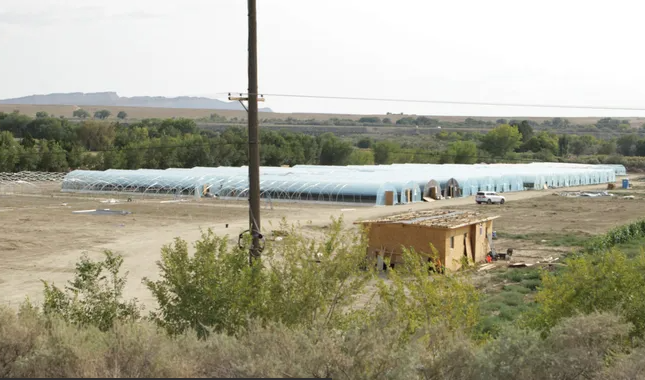 Shiprock Judicial District Judge Genevieve Woody issued the decision on the afternoon of Sept. 18 during a teleconference hearing, saying lawyers representing the Navajo Nation met all four requirements for a preliminary injunction to be issued.

The Navajo Nation Department of Justice filed its lawsuit against Benally along with two businesses, Native American Agriculture Company and the Navajo Gold Company, on June 12.

“We respect the ruling of the Shiprock District Court. The ruling allows our law enforcement officers to enforce the temporary restraining order and preliminary injunction to stop the production of hemp,” Navajo Nation President Jonathan Nez said in a statement. “We strongly urge everyone to respect the ruling of the court and move forward peacefully to ensure the safety of community members, police officers, and everyone in the impacted areas.”

The tribe alleged the defendants were illegally issuing land use permits on tribal land for foreign entities to cultivate and grow industrial hemp, according to The Daily Times archives.

Also Read in the San Francisco Examiner at  https://www.sfchronicle.com/news/article/Navajo-judge-halts-operations-at-hemp-farms-near-15579691.php