WASHINGTON – A Navajo Nation probe of a controversial, Navajo-owned hemp operation has turned into a federal investigation into reports of marijuana production, interstate drug trafficking and violations of labor and child labor laws. Reports Cronkite News

The FBI said Monday it had executed search warrants “in the area of Shiprock” in an operation that included nine federal agencies as well as state, tribal and local agencies from at least three states. It released few other details.

“Dineh Benally and his investors sought to take advantage of what they believed to be a jurisdictional gap on the Navajo Nation that would allow them to operate outside the law,” Navajo Nation President Jonathan Nez said in a statement Tuesday.

“They did not count on the diligence or effectiveness of the Navajo Nation Department of Justice to be able to enforce our own laws through our own courts,” Nez’s statement said. 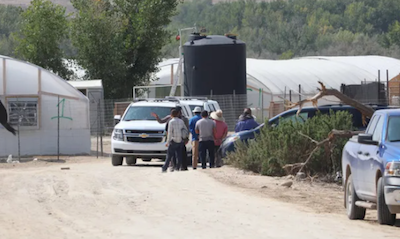