The Nebraska Supreme Court ruled to dismiss charges against the owners of a Herman convenience store, but declined to provide direction on how to prosecute cases involving cannabidiol, also known as CBD products.

The charges — felony distribution and conspiracy — against Deborah S. Archer of Blair and Cory L. Russell of Herman were dismissed following a May 28, 2019, preliminary hearing.

In September 2017, Nebraska Attorney General Doug Peterson issued a memorandum that CBDs are a controlled substance and therefore illegal in the state.

The only exceptions, the memo said, were a study by the University of Nebraska Medical Center and any cannabidiol “contained in a drug product approved by the federal Food and Drug Administration.

A county court judge ruled March 19, 2018, that there was sufficient evidence to bind the case over to district court. The case was dismissed June 15, 2018, following a plea in abatement.

The state refiled the case July 3, 2018. Following another preliminary hearing in district court, it was dismissed Oct. 29, 2018.

The state refiled the case a third time in district court on Nov. 8, 2018, before it was dismissed.

In its ruling, the state supreme court said their review of the records supported the contention of Archer and Russell that the CBD oil in question did not contain THC and did not have the same pharmacological effects as THC. 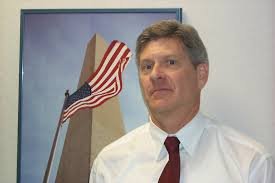