This is now the preferred method of submitting public comments. Watch this brief video for a tutorial on submitting comments via the portal: https://t.co/36hXyE1RzJ

As it stands, federal judges are directed to take into account prior convictions, including state-level cannabis offenses, as aggravating factors when making sentencing decisions. But as more states have moved to legalize marijuana, advocates have pushed for updated guidelines to make it so a person’s marijuana record doesn’t add criminal history points that could lead to enhanced sentences.

The new USSC proposal doesn’t seek to remove marijuana convictions as a criminal history factor entirely, but it would revise commentary within the guidelines to “include sentences resulting from possession of marihuana offenses as an example of when a downward departure from the defendant’s criminal history may be warranted,” according to a synopsis. 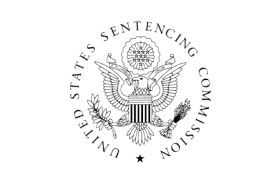