Patients in New Mexico’s state-sanctioned medical cannabis program have nearly doubled in the last year, leading to a backlog of applications that has left many without their card for weeks, if not months.

While officials at the New Mexico Department of Health (DOH) say they’re trying to remedy the situation, the severe delays have sent some Taoseños “back to the streets” in a desperate and illegal search for medication.

Roni Stephenson, general manager of the Taos branch of NewMexiCann Natural Medicine, a cannabis producer and storefront pharmacy, told The Taos News that as heartbreaking as it is, a patient absolutely cannot get their cannabis without a valid card.

“If their card’s expired, we have to send them off empty-handed. They get back in touch with their buddies,” she said, noting that illegal cannabis doesn’t have the medical-grade quality or consistency of marijuana produced for pharmacies.

“It’s sad to send them back to the streets,” she said.

Not only must people submit an initial application, but the law that created the program also requires they renew every year. And that’s helped create a huge volume of applications for the DOH to process.

The number of patients in Taos County more than doubled in that same time — 885 patients — up from 372 at the same time last year. Only five counties have more medical cannabis patients than does Taos County.

“I don’t think we expected the growth of the medical cannabis there’s been. It’s been hand over fist,” Stephenson said.

By law, the DOH has 30 days to process an application. But patients are being told it may take between 60 to 90 days for their application to be processed.

The backlog is so severe that State Auditor Tim Keller sent a letter to the DOH in June advising the department the law requires a 30-day turnaround “regardless of volume or budget constraints.”

The letter noted the cannabis program recently reverted $126,249 to the state’s general fund.

Keller’s letter said failure to comply with the 30-day requirement could result in his office initiating a special audit or referring the matter to law enforcement.

Cannabis pharmacies, Stephenson said, have few options for folks with expired cards. Besides offering a few hemp-based salves, all they can do is to encourage their customers to reapply early.

“Customers are looking at us thinking we have the power. We don’t,” she said. “We help people be proactive so they don’t get stuck in that limbo area.”

Kenny Vigil, spokesperson for the DOH, told The Taos News the backlog of applications and interruption of medicine delivery “is a very concerning situation for us and not something we take lightly.”

The department hired two permanent and two temporary staff members to help process the applications. But more staff isn’t “the be all and end all” to solving the problem, he said. “As the program grows, there’s a need for infrastructure,” he said. To that end, the department relocated the medical cannabis program’s office to a larger space, he said.

While the state is working on long-term inefficiencies in the system, Vigil said the department is encouraging patients to “work with a medical provider for alternative relief.”

Don Peters, a local veteran, told The Taos News that “alternatives” to medical cannabis usually mean opioids and other pharmaceuticals, drugs he sharply criticized as a fall-back plan.

He said it’s easy to get pharmaceuticals, but that a lot of the vets “aren’t functioning on these drugs.”

Peters said he’s also seen vets get addicted to opioids and slip into heroin use.

Eric Binder, who served in the Kentucky Air National Guard and now lives in Taos, said he reached a point where he “had to get off the narcotics.” Furthermore, his insurance wouldn’t cover nausea medication that ran into the hundreds of dollars. So he began using a cannabis-based tincture “just to sleep.”

“How can you expect them to go back to chemicals after using plant medicine?” Stephenson asked.

While Peters isn’t in the same boat as other vets with expired cannabis cards, he remembers what it’s like to be outside of the program.

“I probably bought off the streets for two years,” he said. “You’d be waiting in some parking lot for a knock-knock. I was like a junkie trying to get my meds.”

While the backlog of applications and stories of applications never making it through the mail do no favors in cultivating trust in the program, Peters said simply navigating the program is a major roadblock to getting people the medicine they need — especially for vets.

PTSD is the most common condition among medical cannabis participants in New Mexico – at 12,242. Sever chronic pain comes in second with 7,887 patients.

Veterans Affairs cannot prescribe marijuana, so vets must turn to civilian doctors to get approval for their condition, doubling the bureaucracy, he said.

“It’s amazing we have to renew every year with a permanent disability from the federal government,” Peters said.

Beyond the folks forced back to the streets to find marijuana, Peters thinks most vets avoid enrolling in the medical cannabis program altogether simply because “it’s such a bureaucratic pain in the ass,” he said.

Even before the explosive growth of the cannabis program, pharmacies in New Mexico had a hard time producing enough medicine.

“Everyone’s shifting product,” Stephenson said, describing how NewMexiCann — which is licensed to grow 450 plants and has four storefronts — has to outsource with other producers to meet the demand.

“Most producers now realize it’s not just them who are struggling with this,” she said.

With people’s cards expiring because of the backlog, she said, there’s been a noticeable financial impact to the business. However, with more than twice as many patients in Taos County this year, new enrollees have offset the loss.

Stephenson worries about some of her customers because she’s heard what they’re going through. “You spend all this time to build these relationships with your customers,” she said.

Though the backlog has temporarily disrupted patients’ supply, she’s looking ahead. “All of our customers come back once they get their card back,” she said. 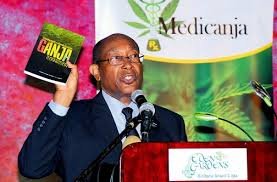 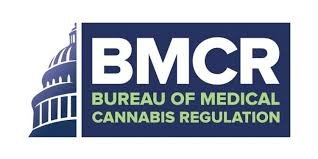 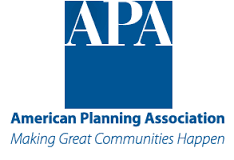 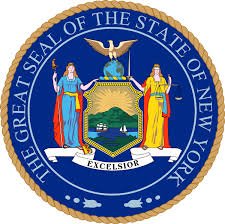