This comes vis a press release from a company called Ultra Health based in the state of New Mexico..

Joe Montaño, an Albuquerque man and qualified medical cannabis patient, has won a favorable ruling in regard to his legal use of medical cannabis while in the custody of the Bernalillo County Metropolitan Detention Center. Ultra Health, New Mexico’s #1 Cannabis Company, assisted Mr. Montaño in bringing the matter before the courts.

In November 2019, Montaño participated in a Community Custody Program and complied with a search by two community custody officers. The officers found medical cannabis in Montaño’s home, resulting in Montaño being unlawfully jailed at the Metropolitan Detention Center for about a month.

District Court Judge Lucy Solimon granted both the Motion for Declaratory Judgement and Petition for Writ of Mandamus in the criminal case that ruled neither Montaño nor any other medical cannabis patient may be penalized for the legal use of medical cannabis while in custody.

“[The Bernalillo County Metropolitan Detention Center, Bernalillo County Chief of Corrections, Community Custody Officers] shall comply with the Lynn and Erin Compassionate Use Act … and shall not penalize persons in custody or under the supervision of the Metropolitan Detention Center, including those in the Community Custody Program, for conduct allowed under the Lynn and Erin Compassionate Use Act,” Judge Solimon wrote in the Writ of Mandamus.

Bernalillo County has also attested that the Metropolitan Detention Center will comply with the Court’s order, and if the order includes the use of medical cannabis, the center would allow such use while persons are in custody, the Judge’s Declaratory Judgement states.

Judge Solimon’s ruling comes after an amendment to the Lynn and Erin Compassionate Use Act was signed into law in 2019 that allowed for persons in custody or under supervision to access medical cannabis.

“A person who is serving a period of probation or parole or who is in custody or under the supervision of the state or a local government pending trial as part of a community supervision program shall not be penalized for conduct allowed under the Lynn and Erin Compassionate Use Act,” the section of the Act states.

Furthermore, the updated medical cannabis law also included language normalizing the use of cannabis as any other medication.

“For the purpose of medical care… a qualified patient’s use of cannabis pursuant to the Lynn and Erin Compassionate Use Act shall be considered the equivalent of the use of any other medication under the direction of a physician and shall not be considered to constitute the use of an illicit substance or otherwise disqualify a qualified patient from medical care,” the Act states.

Judge Solimon’s decision is a monumental victory for medical cannabis patients’ rights and the rights of those in custody or under the supervision of state and local governments in New Mexico.

“This decision recognizes that persons in state custody have a right to access medical cannabis, just like any other medication,” said Jacob Candelaria, counsel for Montaño and Senator from Albuquerque. “The judge’s decision also again confirms what other New Mexico appellate and trial courts have said in recent years—that medical cannabis is no different from any other prescription medication and should be treated as such by the government in terms of taxation, coverage, and availability.”

“This is a major victory not only for Mr. Montaño, but for every medical cannabis patient in New Mexico and across the United States,” said Duke Rodriguez, CEO and President of Ultra Health®. “This ruling exemplifies the spirit of the Lynn and Erin Compassionate Use Act: cannabis is medicine and every patient deserves the legal right to access their medicine.”

Ultra Health is New Mexico’s #1 Cannabis Company and the largest vertically integrated medical cannabis provider in the United States. The provider currently operates 21 dispensary locations statewide, with another 10 stores slated to open by the first quarter of 2021. Ultra Health provides unparalleled medical cannabis care by producing accurately dosed, smokeless cannabis products such as sublingual tablets, oils, pastilles, suppositories and more through its partnership with Israeli pharmaceutical group Panaxia. Ultra Health has been at the forefront of patient-rights issues and continues to fight for adequate supply and rural access in the New Mexico medical cannabis market. 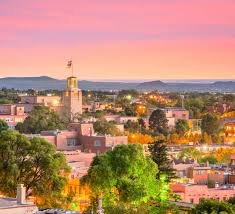