The number of medical cannabis patients in Europe grew by almost 100,000 over the last year, according to new data, but access remains out of reach for many.

The majority of people in Europe now live in countries with some form of access to medical cannabis products, says a new report, with approximately 342,000 patients legally using the treatment across the continent.

Estimates seen by Cannabis Health suggest the total number of legal cannabis patients in Europe has grown by more than 99,000 in the year 2021-2022, with experts estimating it could reach over 500,000 in 2023.

The UK saw one of the biggest jumps, from around 13,000 patients to just over 32,000, while Germany continues to lead in terms of legal patient numbers with over 170,000. These countries are followed by Italy, the Netherlands, Poland, Denmark and Czechia.

Prohibition Partners analysts told Cannabis Health that, in most cases, to determine the figures, the group’s analysts take the quantity of medical cannabis prescribed in a country and assume patient population from the average quantity consumed per patient in similar countries.

Another common method depends on the number of prescriptions written in a country, with patient numbers concluded based on local regulations, for example, the maximum quantity allowed and how often active patients renew their prescriptions.

The group’s methods for estimating patient numbers are limited by the extent of existing data, as the number of prescriptions or annual consumption of medical cannabis among patients is variable across regions and time. As a result the data should be considered indicative rather than precise.

UK and Germany are ‘key markets’

According to the report, the European market is expected to grow by more than 500% over the next five years, owing to the introduction of legalised medical cannabis in some countries and the maturation of the market in others.

The UK and Germany have been identified as ‘key markets’ with the sales of medical cannabis expected to account for 67% of the total market share by 2026.

Data from the German government referenced in the report reveals that in the first half of 2022 Germany imported over 10,000kg of medical cannabis, an increase of 5% on the year before. According to analysts this suggests that supply in Germany is now ‘adequate’ to meet the demand of the medical market and will be for the foreseeable future. Data recently released by the government suggests that just less than 80,000 kg of medical cannabis flower is permitted for import under current licences.

However, while the majority of patients have access to unlicensed cannabis medicines, most people find them ‘impossible’ to reach, due to either ‘bureaucratic or economic hurdles’.

The last few years have seen the introduction of new access schemes and pilot programmes, such as in France, which aim to improve access, but millions of patients continue to use homegrown or street-bought products, the report says.

Number of legal cannabis patients in Europe grew by approximately 100,000 in 2022 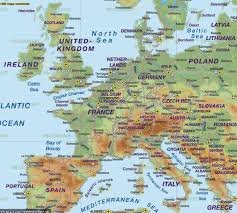