HARRISBURG – The United States Attorney’s Office for the Middle District of Pennsylvania announced that Esteban Latorre-Cacho, age 37, of Lockport, New York, pleaded guilty on January 10, 2023, before U.S. District Court Judge Christopher C. Conner, to the charge of possession with intent to distribute more than five kilograms of cocaine.

According to United States Attorney Gerard M. Karam, Latorre-Cacho admitted to possessing 67 kilograms of cocaine for further distribution. The charge stems from an incident on April 30, 2021, in which members of the Pennsylvania State Police made a traffic stop of a vehicle in Lehigh County.  Latorre-Cacho was the sole occupant of the vehicle.  A subsequent search of the vehicle resulted in the seizure of 67 kilograms of cocaine found hidden inside boxes within the vehicle.  Further investigation showed that Latorre-Cacho had picked up the boxes containing the cocaine at a location within the Middle District of Pennsylvania.

The investigation was conducted by the Pennsylvania State Police and the Drug Enforcement Administration.  Assistant United States Attorney Robert J. O’Hara is prosecuting the case.

This case is part of Project Safe Neighborhoods (PSN), a program bringing together all levels of law enforcement and the communities they serve to reduce violent crime and gun

violence, and to make our neighborhoods safer for everyone. On May 26, 2021, the Department launched a violent crime reduction strategy strengthening PSN based on these core principles: fostering trust and legitimacy in our communities, supporting community-based organizations that help prevent violence from occurring in the first place, setting focused and strategic enforcement priorities, and measuring the results.

A sentence following a finding of guilt is imposed by the Judge after consideration of the applicable federal sentencing statutes and the Federal Sentencing Guidelines.

The charge carries a mandatory minimum sentence of ten years in prison.  The maximum penalty under federal law is up to life in prison, a term of supervised release following imprisonment, and a fine. Under the Federal Sentencing Guidelines, the Judge is also required to consider and weigh a number of factors, including the nature, circumstances, and seriousness of the offense; the history and characteristics of the defendant; and the need to punish the defendant, protect the public and provide for the defendant’s educational, vocational, and medical needs. For these reasons, the statutory maximum penalty for the offense is not an accurate indicator of the potential sentence for a specific defendant. 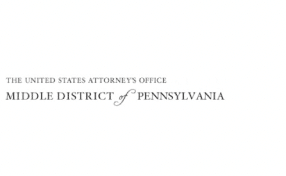