Here’s their introduction. As always with NJ.com their cannabis pieces are more detailed and better researched than most.

When Jo Anne Zito was initially arrested for at-home cultivation nearly 10 years ago, her kids were taken away from her. Though her charge was later downgraded to low-level possession thanks to a grand jury, she’d already gotten a taste of how severely those who grow cannabis at home are criminalized.

Only after completing a pricey drug rehabilitation program was she legally eligible to receive custody, on top of serving three years of probation. Her husband, now deceased, was also charged and sentenced to drug court.

Three-and-a-half years into his sentence, he died while fulfilling the intense requirements of the program, Zito, board member at the Coalition for Medical Marijuana—New Jersey (MMNJ), told the state Senate in December during her public testimony in favor of at-home cannabis cultivation.

“I don’t want to be in the business, I just want to grow and be left alone. Legalize me,” she said during testimony.

As lawmakers finalize the details of New Jersey’s cannabis legalization and decriminalization policies, at-home cultivation hasn’t been considered to be included in the coming reform measures by state lawmakers. 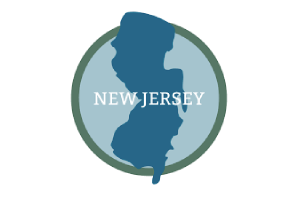