A North Carolina Senate committee on Wednesday took action on a bill to legalize medical marijuana, amending it and setting the stage for approval by the panel at a future meeting.

A substitute version of the legislation, sponsored by Rules Committee Chairman Bill Rabon (R), was adopted in a voice vote by the Judiciary Committee.

Under the proposal, patients would qualify for medical marijuana under the proposal if they have a “debilitating medical condition” such as cancer, epilepsy, HIV/AIDS, Parkinson’s disease, multiple sclerosis. Regulators would have authority to add additional qualifying conditions.

Rabon, who is himself a cancer survivor, said in an opening statement that “there’s nothing less compassionate on this Earth than to watch a person you love suffering when there’s something that can ameliorate at least that suffering.”

“I know how rough it is to go through chemo. I know how bad it is to wake up every day and think that it may be your last day on Earth,” he said. “It’s a personal thing with me. I don’t see the stigma that some people do.”

“I think it is time to bring this forward,” he continued. “I’m going to see it through as best I can. I owe it to my fellow man.” 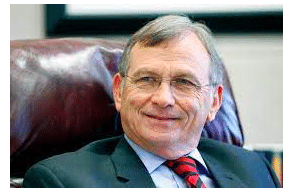