The limited number of medical cannabis patients in North Dakota could see their modest monthly purchase limits increase under a bill that advanced in the state Senate this week. Reports MJ Biz

Marijuana is available in the state under some of the toughest restrictions in the country.

Due in part to a strict list of qualifying conditions, the state has fewer than 9,000 patients, or just more than 1% of the population.

Both edibles and home cultivation are illegal.

Anyone purchasing either flower or topical products are subject to monthly limits: no more than 2.5 ounces at a time, and no more than 4,000 milligrams of THC in topicals or concentrates, according to the Bismarck Tribune.

That limit could increase to 6,000 milligrams if Senate Bill 2068, which recently passed the state Senate and heads now to the House of Representatives, is signed into law, the newspaper reported.

Sponsored by state Sen. Kristin Roers, a Fargo Republican and nurse, the bill initially sought to raise a 4,000-milligram-per-month limit to 8,000 milligrams. 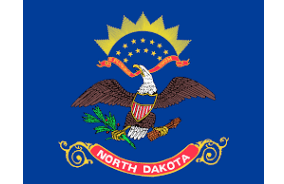