The Commonwealth of the Northern Mariana Islands has legalized hemp; the island U.S. territory must next submit its hemp regulations plan to the USDA for final approval.

The Commonwealth of the Northern Mariana Islands Gov. Ralph Torres has signed a bill legalizing hemp in the island U.S. territory, Marianas Variety reports. The measure removes hemp as a Schedule I controlled substance in the territory and allows CNMI states to regulate the industry.

Like U.S. states that approve hemp legislation, CNMI states will also have to submit hemp regulation plans to the U.S. Department of Agriculture for final approval. The law specifically allows hemp to be processed into paper, clothing, textiles, biodegradable plastics, biofuel, oil, food, and health supplements.

The measure includes provisions that would prevent hemp producers who violate the law three times within five years from getting any hemp license for the next five years, according to the Saipan Tribune. 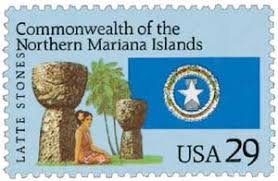