ROXBORO, N.C., Dec. 6, 2022 /PRNewswire/ — Open Book Extracts (OBX), an NSF cGMP and ISO 9001-certified manufacturer of the industry’s most innovative and highest quality cannabinoid ingredients and finished products, today announced the launch of its third trial on rare cannabinoids, in partnership with Radicle Science, the first and only Proof-as-a-Service company, offering an easy path for non-pharmaceutical products to clinically prove their true effects beyond placebo.

Radicle Science is conducting the four-week blinded, randomized, placebo-controlled, Institutional Review Board (IRB)-approved trial comparing the effects of various OBX cannabinoid formulations including THCV on energy and focus, as well as other outcomes such as well-being, feelings of anxiety, and pain.

“We are excited to continue to partner with OBX to conduct rigorous human research to better understand the effects of rare cannabinoids on health outcomes. This latest study involves a large and diverse population of nearly 1,000 individuals from across the USA and employs gold-standard rigorous clinical research design; it is a blinded randomized, placebo-controlled trial of cannabinoids for energy and focus. This groundbreaking study also represents one of the first and largest randomized controlled trials on the impact of rare cannabinoids like THCV on energy and focus levels,” said Dr. Jeff Chen, MD/MBA, co-founder and CEO of San Diego-based Radicle Science.

Results from the study are expected in early 2023. 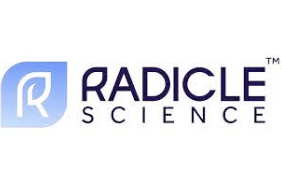