A Kentucky-based company that produces CBD has filed a $44 million lawsuit against an Oregon company it claims sold it nearly worthless hemp seeds that ruined a massive 2019 crop.

The crop was destined to help fulfill the country’s booming demand for CBD, a plant extract soaring in popularity as a treatment for health problems including anxiety and insomnia.

But Elemental Processing of Lexington, Kentucky, claims those plans tanked when HP Farms of Troutdale sold it more than 6 million seeds that were mostly “male” instead of “feminized,” as promised. The suit says male seeds sell for less than a penny each while feminized seeds cost as must as $1 each because female plants produce a CBD-rich flower.

According to the suit, the presence of male plants also prevents female plants from flowering.

The suit says it was only after the Kentucky company had distributed the hemp seeds from Oregon to various farmers and those farmers’ crops had sprouted that the company learned the seeds were male and not female.

“(T)he farmers had no choice but to plow under the plants,” the suit states.

Elemental Processing estimates it lost at least $44 million in profits.

The lawsuit and supporting documents state that Elemental Processing paid about $352,000 in advance for the seeds and had agreed to pay $3.5 million more or 15% of its proceeds from the harvested plants’ flowers. 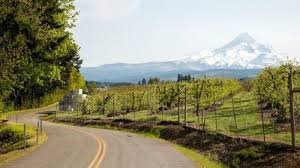