HARRISBURG, Pa.  — Medical marijuana patients can continue to get a three month’s supply at a time, rather than one month’s, under revisions to the Pennsylvania program signed into law Wednesday by Gov. Tom Wolf.

The bill makes it easier for producers to remove contaminants such as yeast and mold from medical marijuana, to turn it into products that are topical in form, not to be inhaled or ingested.

“Growers are saying, ‘We have adequate supply, we have a way to safely remediate it,’” said Rep. Paul Schemel, R-Franklin, the bill’s prime sponsor. “This simply gives them a mechanism by which they can do that.”

Chris Goldstein, a Pennsylvania regional organizer for the National Organization for the Reform of Marijuana Laws, said the legislation moved quickly and there were no hearings to gather input from patients and their caregivers.

“The bill actually has a lot of provisions that are industry friendly, and most controversial is to allow remediation of mold in cannabis flowers by extracting it into new products,” Goldstein said. “I think that’s where patient voices could have been heard.”

A proposal to allow patients to grow their own marijuana was defeated. 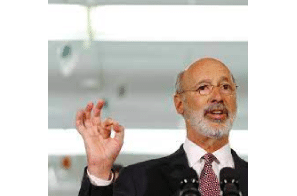