A local business owner who is challenging McKeesport Mayor Michael Cherepko in this year’s election has been arrested by state drug enforcement agents and accused of being part of a cocaine trafficking ring allegedly led by his campaign manager.

Corry J. Sanders, 52, who obtained a pardon for a previous drug offense through the efforts of now-U.S. Sen. John Fetterman and other elected officials, is charged by the state attorney general’s office with two counts each of drug possession, possession with intent to deliver and delivery.

The arrest — originally reported by Pittsburgh’s KDKA-TV on New Year’s Eve — was confirmed Thursday afternoon by the attorney general’s office.

Investigators allege that Sanders sold cocaine to a confidential informant on two separate occasions, including at his Locust Street barbershop, Kool Kutz, in November 2022.

Candidate says he will be vindicated

Sanders told Tube City Almanac on Thursday night that he was unable to comment on the charges on the advice of his attorney, but that he would be issuing a statement as soon as possible.

In posts on Facebook, Sanders has maintained his innocence.

“My lawyer will prove all you haters and liars wrong, soon enough, with facts,” Sanders wrote. “Vindication is around the corner. Trust and believe! Still running for mayor.”

A message left for Sanders’ attorney, David Chontos of Wilkins Twp., was not immediately returned on Thursday night.

In a prepared statement, Pennsylvania Attorney General Josh Shapiro said Thursday afternoon that Sanders and six other Mon-Yough area men were part of a “major drug trafficking operation” that investigators allege was headed by Curtis M. Harper Jr., 52, of McKeesport.

Shapiro is scheduled to be sworn in as governor on Jan. 17.

Shapiro’s running mate, Lt. Gov.-Elect Austin Davis, was one of many prominent community leaders, including now-Pittsburgh Mayor Ed Gainey, who supported Sanders’ efforts to be pardoned for a previous drug arrest that prevented him from taking a seat on McKeesport City Council in 2016.

A spokesman for the attorney general’s office stressed the charges are accusations only and that “the defendants are innocent unless and until proven guilty.”

Shapiro’s office said the investigation was conducted over the span of 11 months by state agents in cooperation with the Allegheny County District Attorney’s Narcotic Enforcement Team and police officers from McKeesport, White Oak and North Huntingdon Twp.

“The defendants profited from selling dangerous drugs that have devastated lives across Western Pennsylvania,” Shapiro said Thursday. “These arrests are a reminder that our office will pursue drug trafficking organizations no matter which community they prey upon in our Commonwealth.” 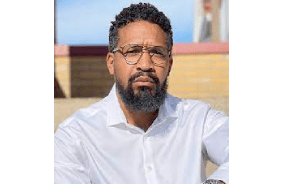