Can pot patents be
Enforced in federal courts?
It’s up in the air…

Under the illegality doctrine, courts won’t enforce contracts or claims based on illegal acts.

The illegality doctrine comes from the Highwayman’s case, a 1725 case in which an English court refused to entertain a lawsuit by one highway robber against his partner-in-crime who allegedly cheated the plaintiff out of his share of stolen earnings.

Some have argued that this doctrine should (or shouldn’t) apply to the enforcement of patents related to cannabis.

Except in very rare circumstances, at the federal level, marijuana and marijuana products are illegal and subject to criminal law enforcement through the Drug Enforcement Agency, or DEA.

However, 21 states, along with Guam and Washington, DC, have acted to legalize recreational marijuana. Thirty-seven states have legalized the medical use of marijuana.

Legal marijuana sales are thriving and in 2021 the states that legalized marijuana for personal consumption generated $3.7 billion in annual tax revenue related to the industry.

The number of cannabis-related patent and trademark filings has skyrocketed in the years since states started legalizing marijuana. The US Patent and Trademark Office (USPTO) refuses to grant trademarks for cannabis products that are illegal under federal law, but the USPTO doesn’t prohibit the filing of patents related to cannabis.

As with any business, intellectual property (IP) can be an important asset in the cannabis industry. However, can federal courts enforce federal patent rights that relate to a substance that’s still illegal under federal law?

These patents don’t disclose or specifically address the use of marijuana products, and Gene Pool doesn’t actually use any of them in its business. Coastal accused Gene Pool of being a non-practicing entity (sometimes known as a “patent troll”), with a business model based on extorting license fees from alleged patent infringers.

Coastal moved to dismiss the case based on the doctrine of illegality, arguing that Gene Pool was trying to use the court to divide up revenues from illegal activity – just as in the Highwayman Case.

The judge denied the motion to dismiss for illegality without a written opinion, stating only that it was for reasons stated on the record. The case is scheduled to go to trial in October 2023.

The Bloomberg Law article cited above suggests that the illegality doctrine should not apply to cannabis patents, for the following reasons:

First, the illegality doctrine does not apply to cannabis patents, since the rights granted under these patents are not the fruit of a crime.

It also is not illegal to get U.S. patents for research and development on cannabis done in Canada or overseas, e.g., the U.S. patents issued to GW Pharmaceuticals covering its Epidiolex drug. Cannabis patents can, and in many cases do, result from perfectly legal conduct that cannot be equated to a private division of loot between two crooks.

A patent confers the “right to exclude others” from making or using the invention, it does not grant the patent owner a right to make or sell the invention. The power to prevent others from making, using, or selling a cannabis-related invention does not violate federal drug law. Therefore, there is no good reason to apply the illegality doctrine to prevent enforcement of these patents against alleged infringers in a federal court.

Just like the haiku above, we like to keep our posts short and sweet. Hopefully, you found this bite-sized information helpful. 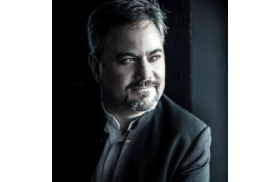