To paraphrase Hendrix in  his song,  If 6 were 9,  Democratic Lt. Gov. John Fetterman of Pennsylvania is raising the ire of Republican lawmakers with his choice of decor for the state capitol in Harrisburg.

Pointing their plastic finger at me
They’re hoping soon my kind will drop and die
But I’m gonna wave my freak flag high, high
Wave on, wave on
Fall mountains, just don’t fall on me
Go ahead on Mr. Business man, you can’t dress like me

After hanging flags supporting cannabis legalization and LGBTQ+ rights from his office balcony, legislators included a provision in a budget measure last month that specifies which flags may be flown from the capitol building. 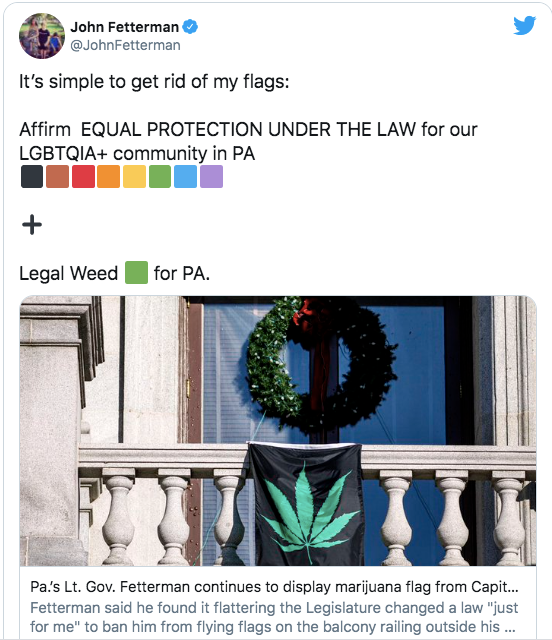 Under the legislation, only certain flags, including the American flag, Pennsylvania state flag, and the POW/MIA remembrance flag, may be flown at the state capitol.

Fetterman’s Pride flag and a banner emblazoned with a cannabis leaf are not authorized.

When a reporter informed Fetterman of the new law, he said he wouldn’t be taking the flags down until lawmakers passed legislation guaranteeing protections from workplace discrimination on the basis of sexual orientation or gender identity as well as a bill to legalize the recreational use of marijuana for adults. 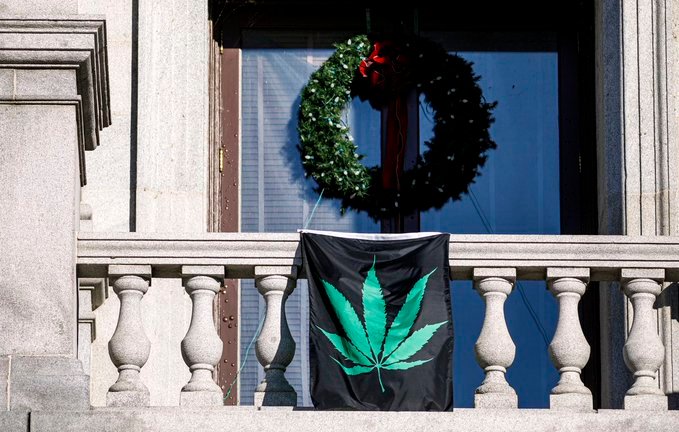 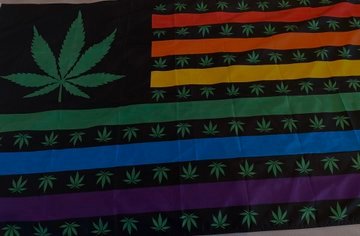 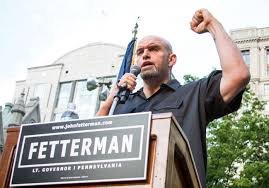