Healthcann – the first Polish hemp biotech company – has launched a crowdfunding. Its goal is to raise $0,5 million. Healthcann creates and develops technologies for the medicinal cannabis market, which is expected to reach about $500 million in Poland in four years. Globally, it will be even $90 billion. In about 1.5 years, Healthcann plans to debut on the Polish stock market.

According to research firm Euromonitor International, cannabis products generated $38 billion in global turnover in 2021. This is projected to reach $90 billion by 2026. Poland accounts for 8% of the market share among European countries. Euromonitor International believes that the Polish hemp market is only in its early stages and offers high growth opportunities. The value of the hemp business in Poland quadrupled from $46 million in 2019 to $200 million in 2021. It is expected to reach $500 million by 2026.

Healthcann is a Polish biotechnology company whose technologies have already been recognized by the National Research and Development Center, among others. The company is developing unique methods of delivering compounds to the body. They will make it possible to revolutionize the quality, method and form of ingestion of medicinal cannabis compounds (cannabinoids). Healthcann is known in the cannabis market, among others, for its proprietary AdvanDrop technology.

Thanks to it, the effect of hemp can be felt after just 5-10 minutes, instead of 1-2 hours, as is the case with, for example, standard CBD oils. This has been proven in preliminary preclinical studies. AdvanDrop also allows you to administer hemp compounds in a convenient form, such as in combination with your favorite beverage or in the form of lozenges. This is crucial not only for health-promoting applications, but especially for strictly medicinal applications. The ease of ingestion of therapeutic substances translates into adherence to the therapy regimen and thus its effectiveness.

“AdvanDrop makes it possible to create completely new and commercially unavailable forms of cannabinoids with high bioavailability, such as lozenges, soft capsules, tablets, hard capsules and many others. Currently, we have four scientifically advanced projects worth over $1 million in our R&D department. Thanks to them, more technologies are being developed, and based on them, modern and sought-after forms of products by consumers and patients,” says Grzegorz Kielbowicz, CEO of Healthcann.

What are the goals of the crowdfunding issue?

“The funds raised from the crowdfunding issue will help finance the further implementation of R&D projects, expansion of the patent portfolio and conquering the pharmaceutical market. The plan is also to increase production capacity and hire specialists in the sales department, which will enable faster commercialization of our technologies and products in the Polish and foreign markets.” – explains Agnieszka Teodoru, chief operating officer of Healthcann.

“The breakthrough in our company’s operations will certainly be the granting of permission by the General Pharmaceutical Inspectorate to work with a controlled substance such as THC and the registration of AdvanDrop with THC as a pharmaceutical raw material by the Office for Registration of Medicinal Products, Medical Devices and Biocidal Products. This will enable us to combine this psychoactive compound with our technologies. This will create new, much more convenient and effective formulas for administering THC to patients than before.” – says Grzegorz Kielbowicz, CEO of Healthcann.

A special place in the company’s strategy for the coming years is the introduction of pharmaceutical raw materials – AdvanDrop with CBD and AdvanDrop with THC – to the pharmacy market. This will be the basis for the mass preparation of prescription drugs based on these two hemp compounds. Medicinal marijuana, which contains THC and is approved in Poland for the treatment of certain conditions, is only available in dried form. This poses many problems for patients in taking it, and for some even poses a barrier that is difficult to pass. The possibility of obtaining a THC-containing drug at the pharmacy, which will not only be much more effective (standardization of dosage, better absorption), but also available in the form of drops that are convenient to apply, will mean a real revolution. Internationally, it will enable the company to export its technology to countries where so-called recreational use of marijuana is permitted.

The company’s management also announced today that it will go public. This is expected to provide liquidity for the stock, as well as broaden opportunities to further raise capital for growth. This will be crucial in light of the liberalizing global market for cannabis products.

“We are planning an IPO in 2024 and have already passed a resolution to that effect. Within about 18 months of the completion of the crowdinvesting issue, we plan to list the shares on the Polish stock market, giving existing investors liquidity to trade the capital invested in the company.” – explains Grzegorz Kielbowicz, CEO of Healthcann. 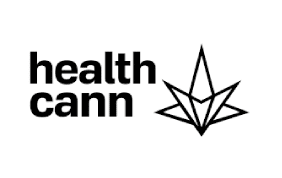