Close to four tonnes of illicit drugs have been destroyed, as police continue their crackdown on organised crime in NSW.

The seized illicit drugs are linked to nine investigations conducted by squads from the State Crime Command, including the Organised Crime Squad, the Drug and Firearms Squad and the Criminal Groups Squad.

The strike forces, dating between 2019 and 2021, and have proceeded through the courts system, resulted in approximately 3.8 tonnes of prohibited drugs being seized – including 3.1 tonnes of powdered illicit substances (i.e. methylamphetamine, cocaine, pseudoephedrine) and more than 700kg of illicit tobacco – were being stored as part of the NSW Police Force’s drug storage and destruction procedures.

“3.8 tonnes of prohibited drugs, now not in the hands of those wanting to cause significant harm to our state and our communities.

“Our squads within the State Crime Command – along with our law enforcement partners at the AFP, ABF, the NSW Crime Commission and the ACIC – will continue to share intelligence and target those people who operate in the illicit drug trade,” Det Ch Supt Weinstein said. 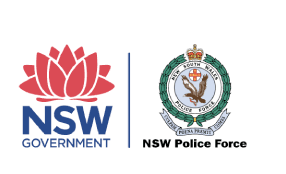