The company notes 65% of prescriptions filled during FY2021 were for repeat patients.

Ms. Patterson anticipates continued increased demand for Bod’s medical cannabis products in the time ahead, also mentioning operations in the UK are continuing to scale up. In the middle of June, the company announced two of Europe’s leading online retailers  will stock Bod’s entire range of CBII in the UK. CBII is a line of CBD-based products, recently expanded to include home fragrances and new skincare products.

Also ahead for the company (and a number of others) is tackling Australia’s potentially lucrative non-prescription CBD market. While certain types of CBD preparations have been down-scheduled to Pharmacist Only Medicines (Schedule 3) since February, legal products are yet to appear in pharmacies as companies jump through the regulatory hoops required for the S3 classification for their products.

Back in April, we reported Bod was intending finalising its registration strategy for new Schedule 3 CBD products for Australia; but there doesn’t appear to have been any recent news on its efforts in this regard.

Bod also has a prescription product available to Australians – a pharmaceutical grade cannabidiol (CBD) based formulation called Medicabilis. While not currently listed on the Australian Register of Therapeutic Goods (ARTG), it can be accessed through the Therapeutic Goods Administration (TGA) Approved Prescriber (AP) and Special Access Schemes (SAS).

Back in May, the company said it was launching a new product based on another cannabinoid  – cannabigerol (CBG) – which will be sold under the MediCabilis brand as MediCabilis CBG 50 in the UK.

While cannabidiol and tetrahydrocannabinol are the two best known cannabinoids, there are more than 100 cannabinoids in cannabis (the actual number is subject to some debate). Some of these other than CBD, THC and CBG may also have therapeutic benefits. 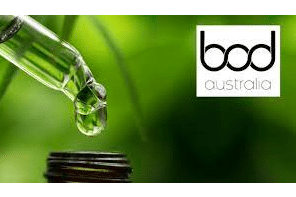