VANCOUVER, BC / ACCESSWIRE / January 13, 2023 / Core One Labs Inc. (CSE:COOL)(OTCQB:CLABF)(Frankfurt:LD6)(WKN: A3CSSU) (the “Company” or “Core One“), is pleased to announce that it has acquired (the “Acquisition“) GMP Drug Inc. (“GMP Drug“), an arms-length privately held company that operates through a Good Manufacturing Practices (“GMP“) facility (the “Facility“) owned by a third-party located in Ontario, Canada. The Acquisition will lay the path for the Company to become a full-cycle psychedelics supply chain solution for both Canadian and international clinicians, researchers and other psychedelic drug developers.

The acquisition of GMP Drug will allow Core One to significantly advance the operations of several of its subsidiaries providing them with access to the Facility to operate in, as well as the required equipment to expand the scope of its production and research. Furthermore, an existing partnership between GMP Drug and a compounding pharmacy puts Core One on a path to produce viable prodrugs for health care practitioners in the future.

GMP Drug operates in a laboratory that possesses the capability and requisite licensing to produce GMP Active Pharmaceutical Ingredient (“API“) grade compounds, including those comprised of scheduled psychedelics that fall under the Controlled Drugs and Substances Act (“CDSA“) of Canada.

The Facility is a designated pharmaceutical drugs production facility that holds a CDSA Dealer’s License, meets all GMP requirements under Canada’s Food and Drug Regulations, and also possesses a US Food and Drug Administration (“FDA“) facility registration. These licenses and registrations will authorize the Company to act as its own producer, manufacturer, distributor and exporter of psychedelic compounds to licensed parties within Canada, with potential to expand these services to parties outside of Canada that are licensed to work with psychedelic compounds. GMP Drug holds the rights to operate from the Facility for a twelve-month term ending November 30, 2023.

This Acquisition will also provide the Company’s subsidiaries, Awakened Biosciences Inc. (“Awakened“) and Vocan Biotechnologies Inc. (“Vocan“) with access to a Facility to conduct further research and development and scale up production of psychedelic compounds. This is essential for both Awakened and Vocan as they require a controlled substance license to continue to do work on their different processes for producing psilocybin and other psychedelic compounds. The opportunity provided for both subsidiaries will further facilitate their collaborations and streamline their respective production processes. These synergies are important to Core One, as they allow the combining of knowledge which could lead to decreased costs and increased efficiency of the production methods. The designation of GMP certified, is paramount as this standard allows the end products to be used in labs and pharmacies of other companies.

In addition to possessing the necessary permits that will enable Core One and its subsidiaries to operate as researcher and developer of psychedelic compounds, the Facility will also bring the significant benefit of its established partnership with a British Columbia, Canada-based compounding pharmacy that has been operating for 15 years. The long-established compounding pharmacy holds Canadian issued licenses for the authorized use of controlled substances and has extensive experience formulating drug compounds that adhere to physician issued prescriptions that meet the specific needs of patients. The partnership allows for prodrugs to be created and eventually distributed to medical practitioners who are looking to administer psychedelics to patients in safe and accurate dosages. This provides the opportunity for Core One’s medical clinic subsidiaries Blue Jay and Rejuva to work with their patients to potentially allow them to get access to psychedelic compounds sooner rather than later through the correct medical channels. It could also position Core One as a leader in the creation and production of psychedelic prodrugs across Canada.

“This Acquisition accelerates the progress of a number of Core One’s subsidiaries. Through the GMP facility both Awaken and Vocan will be able to advance not only their research but also their production capabilities. And through the facilities licensing, these subsidiaries will be poised to become leaders in psychedelic compound production. Additionally with the ability to create pro drugs, Core One will ensure its position as a leader in the production of psychedelic products that can be administered to patients from doctors, opening the door for revenue from psychedelic compounds as soon as legislation allows it,” stated Joel Shacker, CEO of the Company.

TRANSACTION DETAILS OF THE ACQUISITION

The Acquisition was completed pursuant to a share purchase agreement among the Company, GMP Drug and the shareholders of GMP Drug (the “Definitive Agreement“) dated January 13, 2022. Pursuant to the Definitive Agreement, and in consideration for the acquisition of GMP Drug, Core One issued 4,117,647 common shares (the “Consideration Shares“) at a deemed price of $0.68 per Consideration Share for a total purchase price of $2,800,000.

In addition to the Consideration Shares, the existing shareholders of GMP Drug are entitled to receive a bonus of 1,029,412 common shares of Core One (the “Bonus Shares“). The Bonus Shares will be issuable upon successful completion of a trial production run of a psychedelic compound at the Facility.

The Company is at arms-length from GMP Drug and its shareholders. The Acquisition neither constitutes a fundamental change nor a change of business for the Company, nor has it resulted in a change of control of the Company within the meaning of applicable securities laws and the policies of the Canadian Securities Exchange. In connection with the completion of the Acquisition, the Company has issued 82,353 shares to Amalfi Corporate Services Ltd. (the “Administrative Fee Shares“) who assisted with facilitating the Acquisition and provided administrative support for its completion. The Consideration Shares, Administrative Shares and Bonus Shares are not subject to restrictions on resale. 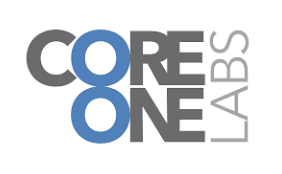